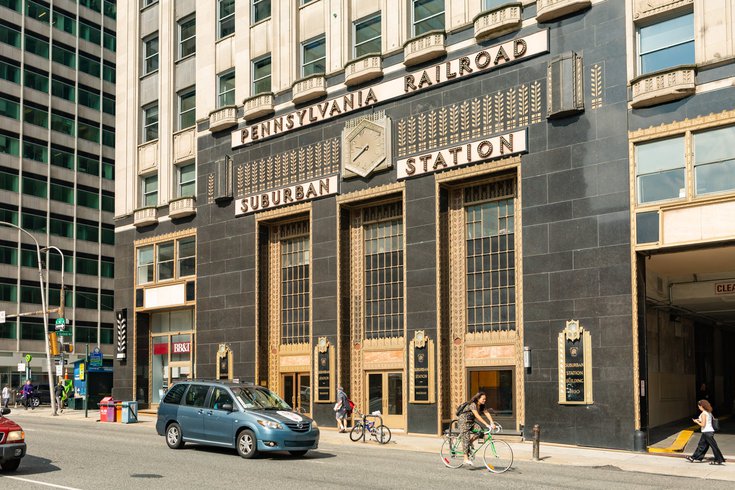 Passero's Coffee Roasters will close its storefront inside Suburban Station on Thursday, Dec. 22 after 32 years of business. Owner Jeff Lincoln said the coffee stand failed to recover the business it lost due to the COVID-19 pandemic.

Passero's Coffee Roasters is closing its flagship stand inside Suburban Station on Thursday after 32 years of serving commuters funneling through the Center City train station.

Passero's two other locations — inside the Franklin Residences at 834 Chestnut St. and the Wanamaker Building at 100 E. Penn Square – will remain open. The company also sells coffee online.

Prior to the COVID-19 pandemic, six people worked at Passero's stand inside Suburban Station, serving specialty espresso drinks and cups of java to people heading to and from Philadelphia's office buildings. But with more people working from home, the business took a hit. Now, just two longtime employees work at the coffee stand.

The closure "has everything to do with the busyness of Suburban Station," owner Jeff Lincoln told PhillyVoice. "We've only gained back about 30% of our business since the pandemic. I'm an optimist, so I'm always thinking 'what about in three months, what about four months,' but we never picked back up."

Though the decision was necessary to ensure Passero's other locations will remain open, Lincoln said he will miss the opportunity to serve the regulars who have visited the coffee stand for decades.

Center City foot traffic has nearly rebounded to its pre-pandemic levels, according to the Center City District. But SEPTA has struggled to regain many of the riders it lost during the pandemic, partly due to concerns about crime on the public transit system.

Earlier this week, Lincoln told the Inquirer that he believes many people with hybrid work schedules are choosing to drive into Center City rather than relying on the train.

SEPTA spokesperson Andrew Busch said the transit authority is sad to lose Passero's, but understands the decision given the coffee stand's struggles since it reopened in Suburban Station a year and a half ago.

SEPTA is working with Passero's to close out its month-to-month lease, and hopes that the "gradual" increase in ridership will help attract a similar tenant, Busch said.

For commuters who now need a new place to get their caffeine fixes, there is a Dunkin' inside Suburban Station. The nearby Comcast Center includes a Starbucks and Termini's Bakery, and the Green Line Cafe has a location at 17th and Arch streets.