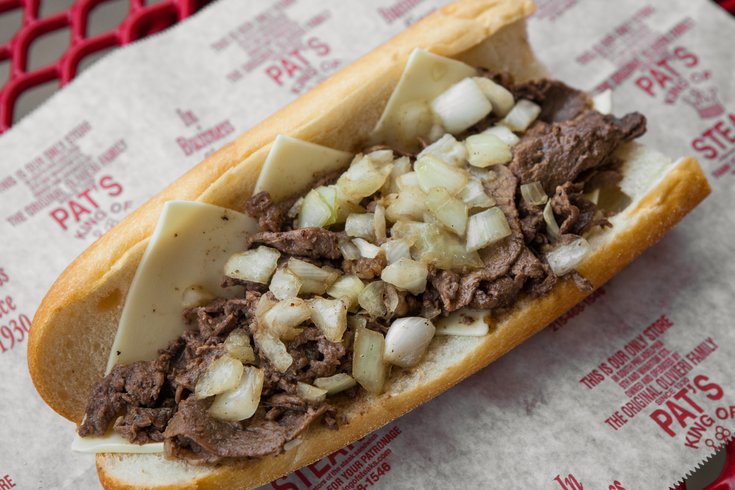 Philly’s college students have done a good job at living up to the city’s stereotypes, making cheesesteaks from Pat’s King of Steaks the fifth-most ordered campus food on UberEATS.

Not just in Philadelphia, though. They're the fifth-most ordered campus food in the entire country. And Pat's only delivers locally.

Since rolling out UberEATS in more than 30 college towns in August, Uber’s food delivery service has begun crunching the numbers to find trends in what college kids are ordering.

After looking at the deliveries from the beginning of the semester, UberEATS determined that the healthiest orders are coming most heavily from New Haven, Connecticut, where those spritely Yalies apparently love their salad (though not as much as McDonald’s fries, which was the region’s most-ordered item).

The Philadelphia campuses that use UberEATS include the University of Pennsylvania, Drexel University and Temple University. Those three schools landed Philadelphia at No. 14 in the ranking of the healthiest college campuses, placing the city in the middle range of college towns that have the service.

Pat’s King of Steaks, of course, represented the most orders from Philadelphia’s college students; the amount of orders coming out of Philadelphia was enough to rank with the national orders of McDonald’s fries (third-most ordered nationally) and build-your-own pie from &pizza (second-most ordered).

The most-ordered item to campuses from UberEATS is the combo platter from The Halal Guys. We’re guessing the location at 10th & Race helped with that.