The event on Oct. 29 will celebrate Día de los Muertos with live music, a vendor market and craft activities 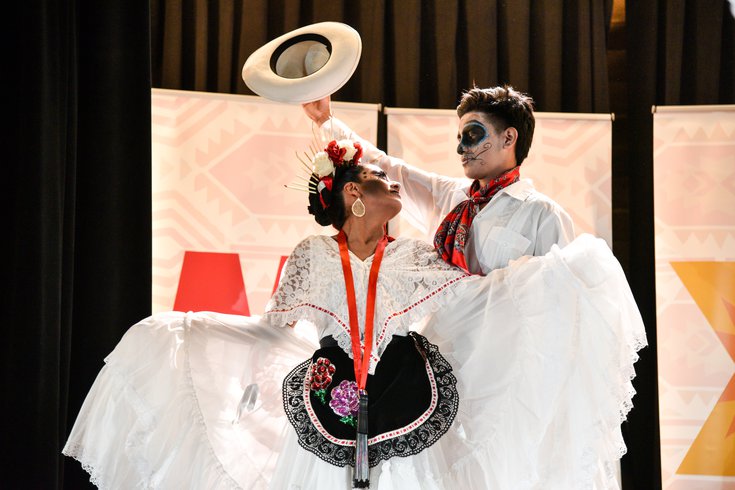 Penn Museum is hosting its 11th annual celebration of El Día de los Muertos — or The Day of the Dead — on Saturday, Oct. 29 with a cultural festival featuring dancers, live musicians, speakers, a vendor market, and DIY activities for the whole family. Tickets are included with museum admission for $18.

Dia de los Muertos, or Day of the Dead, is celebrated between Nov. 1 and Nov. 2 in Mexico and across the world as a way to connect with loved ones who have passed on.

With roots in rituals dating back more than 3,000 years, the holiday blends indigenous Mexican beliefs with the traditional Catholic celebration of All Saints Day. It is typically commemorated with parties that include plenty of food and drink.

MORE: Compete in a costume contest during back-to-back Halloween parties at Xfinity Live!

Penn Museum is hosting its 11th annual CultureFest! for the Day of the Dead on Saturday, Oct. 29 from 11 a.m. to 4 p.m. Tickets are free with the price of admission, which is $18 for adults or $13 for children.

The event will introduce people from all backgrounds to unique Day of the Dead traditions, such as the iconic skeletons and skulls that frequently appear on candy, masks and dolls. The skulls have also been memorialized in movies like Disney's "Coco."

The cultural festival's centerpiece is a monumental ofrenda — a colorful, communal altar that honors people that have died.

Created by artists Julieta Zavala and Mauro Carrera, the art installation will be displayed in the Egypt galleries and will be dedicated to Joan Sebastian, Jenny Rivera, Selena Quintanilla, Juan Gabriel, Chavela Vargas, and Vicente Fernandez. Each are singer-songwriters from Mexico or of Mexican descent that have passed away.

In addition to the ofrenda, there will be tribute performances to all of the musicians whose photos are featured in the installation. At 11:30 a.m., check out a musical tribute to Jenny Rivera, Selena Quintanilla, and Joan Sebastian, followed by a performance in honor of Juan Gabriel, Chavela Vargas, and Vicente Fernandez at 1:30 p.m.

Workers at Penn Museum will serve free samples of "pan de muerto" — bread of the dead — and Mexican hot chocolate in the museum rotunda at 12:40 p.m.

At 1 p.m., Norristown-based Ballet Folklórico Yaretzi will perform a traditional dance in honor of the Day of the Dead. The dance company frequently performs traditional dance routines at cultural festivals throughout the region.

"The Mexican Cultural Center's mission is to promote Mexican culture, arts, and traditions through elements such as the 'Day of the Dead,' to share all of the wonders that Mexico and its people have to offer," said Ivette Compean Rodriguez, executive director of the Mexican Cultural Center. "The Penn Museum has become one of our most-cherished partnerships. Like us, they believe in educating others on diversity, culture, and much more."

The Mexican Cultural Center is also hosting its annual community altar contest. Those who want to enter can do so by contacting the organization at (215) 845-5004 or by emailing admin@mexicanculturalcenter.org.

Individuals, universities, organizations, and companies are invited to create their own ofrendas, though all entrants must respect the traditional Mexican format and be completed before the event on Oct. 29. Winners will be announced during the festival at 3:20 p.m.

For a full schedule of events or to purchase museum tickets to attend the festival, check out Penn Museum's official website.