Finance instructor Josh Buch will run his sixth 100-meter dash on Saturday. It is the first time he is competing since 2019 because of the pandemic 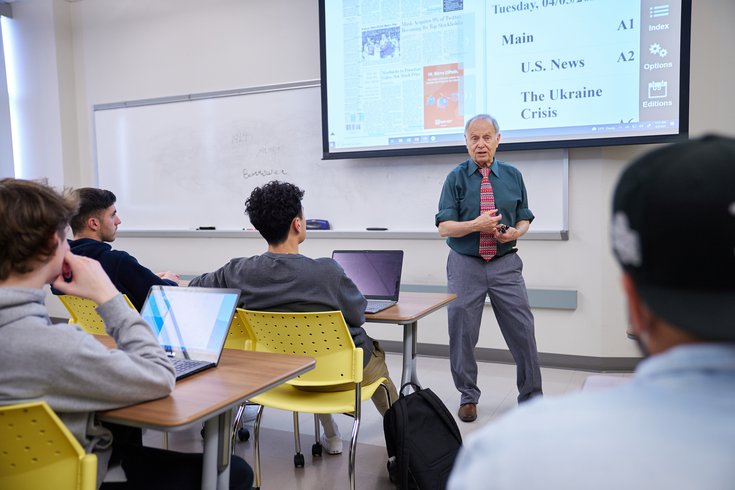 Joshua Buch has been teaching finance at La Salle's School of Business for 51 years. At nearly 85 years old, he still teaches full time.

La Salle University finance professor Joshua Buch will compete in the masters division race of the 100-meter dash at the Penn Relays on Saturday. This will be his sixth time competing, and his first in two years after the COVID-19 pandemic twice canceled the country's oldest and largest track and field competition.

Buch typically places somewhere in the middle the pack in the masters race, which isn't bad, considering the professor doesn't practice running or train ahead of the competition. Rather, Buch keeps his regular exercise routine, playing tennis twice a week.

"I really run only once a year," Buch said. "I play tennis about twice a week and I stay in shape. I still work full-time and I've been teaching for 51 years, or 102 semesters, it's a bit more impressive of a number. I get my 20,000 steps a day just moving in the classroom, I never sit down."

The professor hadn't run since his senior year of high school in 1954, and never described himself as a runner prior to competing in Penn Relays. Though he always considered himself to be athletic, Buch said he never had the discipline to do sports or exercise by himself, and would need to be in a group in order to keep himself in line.

The 51-year veteran of the La Salle School of Business didn't even know that Penn Relays had events for seniors until it was introduced to him by a friend in 2015. 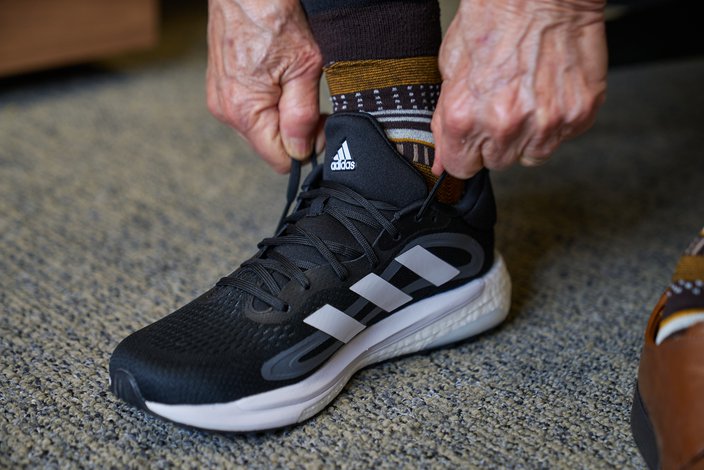 Joshua Duch will run the 100-meter dash at Penn Relays on Saturday, April 30, just two days after his 85th birthday.

Buch was 65 when this neighbor befriended him and invited Buch to play tennis. Buch agreed to despite not being a tennis player himself. Over the course of several years, the two became frequent sporting partners and close friends.

When his friend began traveling out of state, Buch decided to find a new place to stay active. He joined the Upper Dublin Racquet Club in Ambler and continued playing tennis there.

"One day, as we were switching courts, a guy came up and told me, 'Josh! I've never seen anybody run like you!' At the time, I was 76, and he asked if I ever considered doing the Penn Relays," Buch said. "While I certainly knew about the Relays, I didn't know about the Master's or the different age groups."

Because Buch was not affiliated with a sanctioned track or running club in his first attempt to compete at Penn Relays, he had to prove to event organizers that he would be able to complete the masters 100-meter dash in a reasonable time. He enlisted the help of Tom Peterson, La Salle's track coach, to time him and provide the Penn Relay organizers with proof he could compete.

He finished his practice 100-meter dash in 18.2 seconds, and Peterson sent a letter to race officials on his behalf.

In 2015, there were enough runners in Buch masters event that it needed to be split into two heats. Buch was placed in the slower of the two heats, but he finished the race in just 18.26 seconds, and won his race and finishe in the middle of the field of sprinters overall.

Now affiliated with the Philadelphia Masters and the La Salle professor still doesn't have any plans to train. This year, he is participating 80 and old division.

Buch said he has a few simple goals for this year's race: "Be there, do the best I can, finish healthy, and hopefully not last."

He said that he has been a bit concerned about his performance this year since he slipped while walking into a building on campus earlier in April. Though his doctor has cleared him to run, he is a bit nervous about sprinting 100-meters on Saturday, though he believes he can do it.

"I keep telling my students," Buch said, "'Please look at me not just as a professor but also as someone who can teach you about life.' Look at how much there is to look forward to. At 77, I did one of the most profound things I've ever done in my life, running at Penn Relays. It's mind-boggling that at that age, I was able to do something I'd never done before." 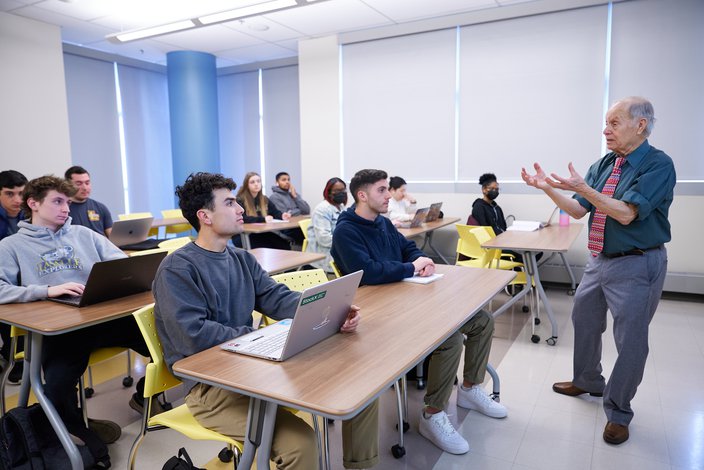 A 51-year veteran of La Salle's business school, Josh Duch said that he never sits down when he's teaching, which helps keep him active.

Buch has a degree from Temple University and his doctorate from the University of Pennsylvania. He joined the faculty at La Salle in 1971. Since then, Buch has become well-known among the school community for his bright demeanor and willingness to get to know the thousands of students he has taught, said Jan Ambrose, professor and chair of La Salle's finance department.

Though he doesn't expect to win big on Saturday, Buch said that winning isn't the point.

"I don't need to win (at Penn Relays) to be there, I'm a winner for being there," Buch said. "This year, there's a 100-year-old man running in the Master's. If I'm an inspiration to the audience, he's my inspiration."

Penn Relays began on Thursday and run through Saturday. The largest track and field competition in the country attracts participants from middle school students to senior citizens. The whole event can be streamed. Buch is running in the Master's 80 and older 100-meter dash that takes place 1:35 p.m. Saturday.