Questlove, The Balvenie award first scholarship for PhD in Creativity at University of the Arts

James Brandon Lewis, a Saxophonist from Buffalo, New York, will begin the three-year program in June 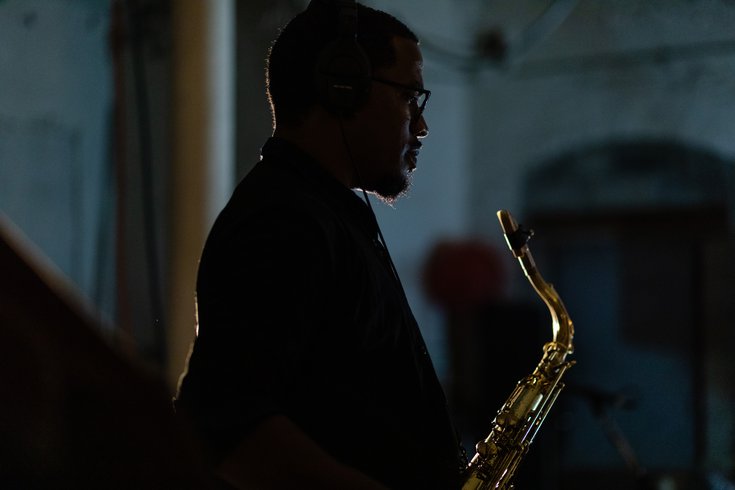 James Brandon Lewis, a critically-acclaimed composer and saxophonist, is the first University of the Arts PhD in Creativity scholarship recipient supported by a partnership between The Balvenie and Questlove.

An initiative supported by Ahmir "Questlove" Thompson and whiskey brand The Balvenie has named its first recipient for a scholarship to the University of the Arts.

James Brandon Lewis, a composer and saxophonist from Buffalo, New York, will begin a specialized PhD in Creativity at the school, formulating a dissertation on the intersections of music and molecular biology. The curriculum was established in 2018 as a low-residency program where professionals can use their own understandings to explore their career paths further.

For Lewis, investigating the connection between music and science is nothing new. In 2011, he created "Molecular Systematic Music," a twofold understanding of music that blends traditional theory with molecular biology. It uses the double-helix structure of DNA as a model.

“University of the Arts seeks students who have achieved proficiency in an intellectual pursuit in any field and, in many cases, this pursuit has not been able to fit easily into existing PhD programs," said Jonathan Fineberg, program director for the PhD in Creativity. "The work James has already done, alongside the complexity of his studies, is inspiring, and we’re thrilled to have The Balvenie and Questlove by our side as he excels in this program.”

Throughout the next three years, Lewis will further explore his theory of MSM and the connections that can be made between molecular biology and music – using art, culture and his own career as a guide.

The PhD in Creativity program currently has nine other candidates, all working on dissertations in different fields and disciplines. Though many of them are exploring the connections between art and science, others are studying the intersections of creativity and its role in law, education policy, history and psychology.

Rose Benson, a senior nurse anesthetist at Temple University Hospital, is currently completing the doctoral program. An Army nurse formerly in Afghanistan, Benson is studying the role of narrative art as an intervention for female trauma victims in North Philadelphia.

The doctoral program is meant to be an experiment in expanding the understandings of a traditional degree program. Students are able to complete a PhD in three years rather than the traditional four to six.

"I think of it as a re-engineering," UArts president David Yager told Quartz in 2018. "If we're successful, some of these people will be driving and focusing on industries we're not even talking about right now. They'll have tools to think differently."

Lewis' multi-pronged understanding of music is based on the idea that as humans, our perceptions of audio and music are based on a variety of influences. He goes on to explain that that the four basic chemicals found in DNA correlate to the four triads in music.

"Inspiration, passion, and dedication to creativity and the making process is so important to myself and The Balvenie, which is why our partnership is founded on an exploration into creative minds who are doubtlessly committed to their craft," said Questlove. "We're honored to be granting this scholarship to James Brandon Lewis, who is already a well-established and incredible saxophonist. I'm looking forward to seeing what he achieves, while honing his craft in my hometown of Philadelphia, and the impact he will have on the music community."

The scholarship was announced in October, just days before The Balvenie released its digital series "Quest for Craft" on the company's YouTube channel. The series involves Questlove interviewing artists, musicians and thinkers on their creative process and how they are seeking out ways to improve it.

The Balvenie's partnership with Questlove, which includes the UArts Fellowship program, was created to explore the ways artists use creativity to improve their skillset.

Lewis released his most recent album, "Jesup Wagon," in 2021. He told Grammy.com that it was made as a tribute to George Washington Carver. In 2020, he released "Molecular," which incorporates his study of MSM in a more significant way.

The musician was able to create "Molecular" using the paradigm he established through his original study of MSM. The recording serves as a core of Lewis' understanding of music based on the influences he has listened to throughout his life and education.

Lewis will begin his three-year program in June with a two-week "boot camp" immersion program. The remainder of the program will involve both remote and in-person work at UArts.