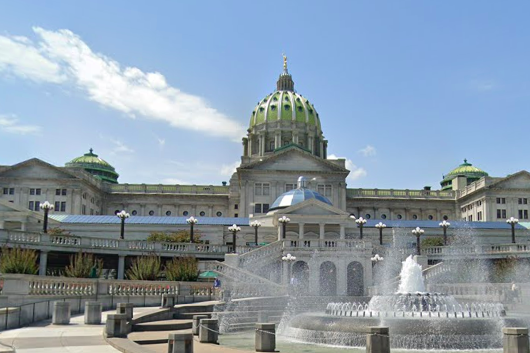 Pennsylvania Gov. Tom Wolf signed a bill into law Monday banning child marriage in the state. Under the new law, people under age 18 will no longer be provided a marriage license, even if they have court approval or parental consent. The law goes into effect in 60 days.

Pennsylvania passed a bill banning child marriage Friday, becoming only the third state in the U.S. to do so.

Gov. Tom Wolf signed a bill into a law which bans marriage for people under the age of 18. New Jersey and Delaware are the only other states with a similar law.

Wolf's approval came after the bill was unanimously voted for in the state legislature, according to CBSNews. The law was included in House Bill 360, which also extended the time period for child care and school employees to obtain FBI background checks.

In a press release, Wolf discussed the ban of child marriage as a way of protecting underage people from abuse.

"Setting the minimum age to obtain a marriage license will help prevent child exploitation,” said Wolf. "Marriage is a sacred and serious commitment that should be undertaken with love by two adults, not by children being exploited by unscrupulous adults."

Between 2000 and 2010, about 248,000 people under 18 were married in the U.S., according to data analyzed by Unchained At Last, an organization that works to end forced and child marriage. The organization said the majority of the marriages were between an underage girl and an adult man.

"As the adolescents involved are unable to seek any legal relief should they find themselves in an abusive situation, child marriage continues to be a danger for domestic or sexual violence," said Pennsylvania Coalition Against Rape CEO Karen Baker in a statement on the new bill. "We are relieved that Pennsylvania has put in place protections to eliminate it from continuing in our communities and hope that other states will quickly follow our model.”