Pennsylvania, Delaware 2020 presidential primaries postponed to June 2 because of coronavirus

Both elections had been scheduled for April 28; They will now take place the same day as New Jersey's 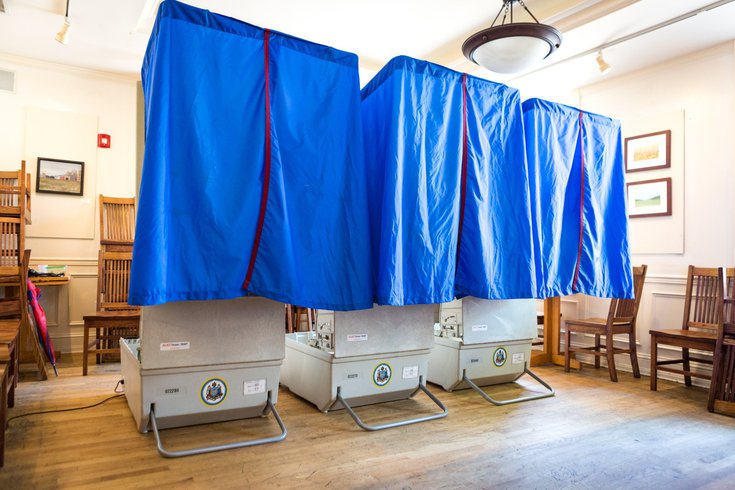 Because of the coronavirus, the Pennsylvania and Delaware primary elections will take place on June 2 They are two of 12 states holding primaries on that date, along with New Jersey and Maryland.

Pennsylvania and Delaware’s 2020 presidential primaries have been moved back to June 2 due to the coronavirus outbreak across the region. Both originally had been scheduled for April 28.

The bill to make the change was unanimously approved on Wednesday in Harrisburg, first by the House of Representatives and then by the Senate. The bipartisan measure now advances to the desk of Gov. Tom Wolf, who is expected to sign it into law.

Along with postponing the primary for five weeks, counties will have permission to consolidate polling locations.

* SB 751 updating the School Code to waive several mandates on schools that cannot be fulfilled under the current circumstances. pic.twitter.com/IUUH3l5DMf

The bill -- which already passed the PA House of Representatives -- will permit counties to consolidate polling locations.

The bill is being sent to the Gov. pic.twitter.com/NN9zJc8oEr

Delaware Gov. John Carney announced Tuesday that the state’s 2020 presidential primary has been postponed by five weeks and that its residents can vote via absentee ballot to mitigate the spread of COVID-19. The change was made as a modification to his earlier state of emergency declaration.

“Delawareans have a basic, fundamental right to vote,” Carney said. “Today’s order will preserve that right.”

Pennsylvania and Delaware join neighbors New Jersey and Maryland, all now holding their primary elections on the first Tuesday of June. Currently there, are 12 presidential primaries scheduled for June 2.

In Pennsylvania, as of Wednesday afternoon, there were currently 1,127 confirmed cases of COVID-19, and the coronavirus  and 11 deaths as a result of COVID-19  The majority of the states' patients are in Philadelphia and Southeastern Pennsylvania, where there are 670 positive cases in the five counties of the region.

Delaware has 119 confirmed patients with COVID-19 as of Wednesday afternoon, but the state has yet to report a single death due to the virus. The vast majority of cases have appeared in New Castle County, where there are 79 people who have tested positive for coronavirus.