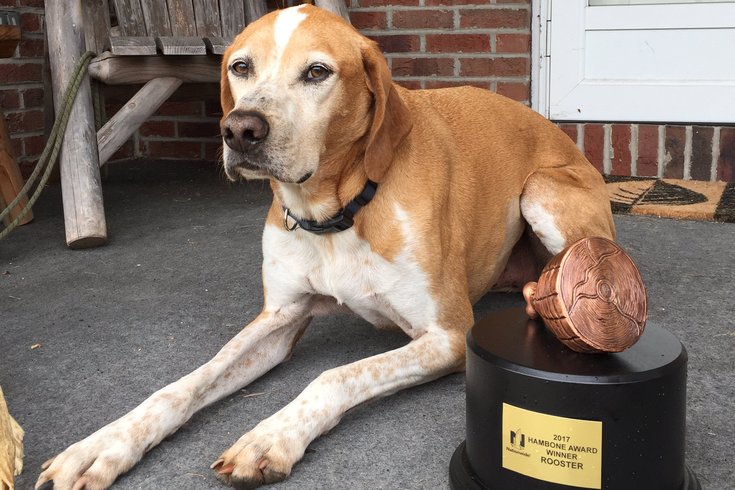 Rooster the hound mix from Scranton with his Hambone Award.

A Pennsylvania canine has been honored for his recovery from a gruesome injury suffered on a hiking trip.

The 9th Annual Hambone Award was given to Rooster, a hound mix from Scranton. The award, presented by Nationwide Insurance, is handed to the pet with the most unusual pet insurance claim each year and decided by a fan vote.

Rooster's owner, Jen, had taken him and her two other dogs walking on a trail and let them off their leashes to roam. Jen heard a yelp and called for her dogs, only to see Rooster standing with a large bulge on his side.

When she tried bringing Rooster back to her car, the dog would cry in pain. So Jen called 911, and an officer transported them to Veterinary Referral and Emergency Center in South Abington Township.

Rooster was brought in for X-rays, and a technician noticed an open wound in the dog's side, suggesting the bulge might be an impaled stick. 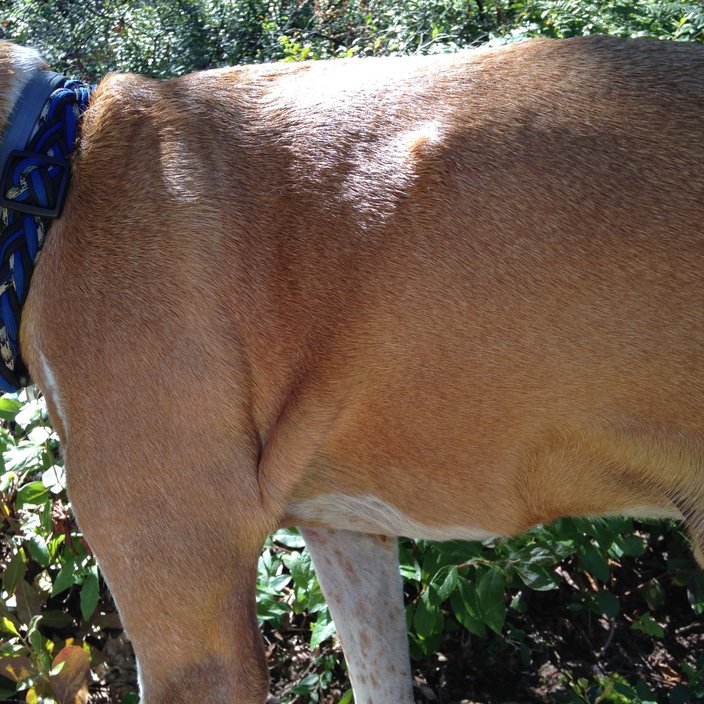 Shown is the bulge from a large branch impaled in Rooster's side.

That turned out to be right, as a more than foot-long branch had pierced through Rooster and stuck there, narrowly missing his lungs.

The veterinarians performed emergency surgery and created an opening at the opposite side of the entrance wound to remove the stick.

Rooster needed a few weeks to recover and heal from the soreness but turned out OK.

Thanks to the award, the Veterinary Referral and Emergency Center received a $10,000 award from Nationwide to treat pets in the community. As for Rooster, he got his bronze Hambone trophy, as well as a gift bag of toys, treats and other pet supplies.