Pennsylvania children born near fracking sites may be at higher risk of leukemia, study finds 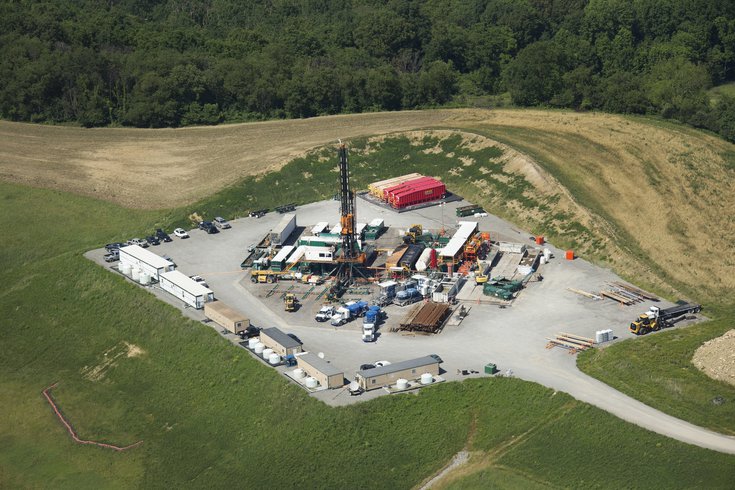 Children living near fracking sites in Pennsylvania may be at a higher risk of developing leukemia, according to a recent study published by the Yale School of Public Health. Kids who grew up within a mile of a fracking well were twice as likely to be diagnosed later in childhood.

Concerns about the health impacts of fracking have become more common in recent decades, with research finding links between exposure to fracking sites and heart attacks, respiratory illness, and adverse birth outcomes.

A recent study from Yale has found that children living near fracking wells in Pennsylvania are twice as likely as other young children to develop acute lymphoblastic leukemia – one of the most common forms of childhood cancer.

Investigators also discovered that babies born to women who lived near fracking wells during their pregnancy were nearly three times as likely as other newborns to develop leukemia. The study examined 405 children between the ages of 2 and 7 that were diagnosed with leukemia between 2009 and 2017, with an additional 2,080 children who were not.

ALL is the most commonly diagnosed form of leukemia, representing nearly 80% of all childhood leukemia cases and between 20-30% of all childhood cancer. Researchers said that since ALL peaks in children between the ages of 2 to 4, there is evidence to suggest that early life environment likely plays an important role in its development.

Fracking, otherwise known as hydraulic fracturing, is a process of injecting liquids or minerals into the ground at high pressure to extract oil and gas. It's also known as a form of unconventional oil and gas development compared to more traditional methods of oil drilling.

While the practice has been in use since at least 1949, the "fracking boom" of the last decade has resulted in an increase of oil and gas production within the United States, making it less common to rely on imports.

Environmentalists have long criticized the practice, saying it can leak and contaminate groundwater which can harm a community's water supply. Others, including The Wilderness Society, have said that some of the fluids used for fracking can include harmful chemicals like benzene and toluene, which are known carcinogens.

"Unconventional oil and gas development can both use and release chemicals that have been linked to cancer, so the potential for children living near UOG can be exposed to these chemical carcinogens is a major public health concern," said Nicole Deziel, associate professor of epidemiology at Yale University and an author on the study.

Though the survival rate for ALL is more than 90%, long-term survivors often face adverse health impacts and chronic illnesses later in life, including heart disease, cognitive dysfunction, psychological issues like depression and anxiety, and elevated risk of second primary cancers.

Pennsylvania is home to approximately 13,000 unconventional oil and gas developments, according to the state's Department of Health. The researchers noted that the state saw 1,000 spills, 5,000 violations and 4,000 resident complaints related to oil or gas between 2005 and 2014.

Up to one-third of groundwater wells in Pennsylvania are located roughly one mile away from a fracking well, according to the study.

Researchers found that drinking water can be another pathway of exposure to oil and gas chemicals. By tracking fracking wells that fell within a child's "watershed area" — the area where a well serving their home would provide drinking water — they were able to determine another risk factor for those living close to UOG wells.

The study is the first to use this metric, The Guardian reported, which the researchers said fills a significant gap in available data.

"Studies of UOG exposure and cancer are extremely few in number," said Cassandra Clark, a postdoctoral associate at Yale Cancer Center and lead author on the study. "We set out to conduct a high-quality study to further investigate this potential relationship. Our results indicate that exposure to UOG may be an important risk factor for ALL, particularly for children exposed in utero."

While the risk is more prevalent in children who live within one mile of a fracking site, researchers found elevated risk among those who lived as far as six miles away.

The study underscores a recent debate in Pennsylvania about how far fracking wells should be placed away from residential areas. While the 1.24 miles examined in the study represents more than 6,500 feet, Pennsylvania only requires a 500-foot setback for fracking wells. The study's authors said in a release that existing setback distances are "insufficiently protective of children's heath."

Deziel said she wants the study to impact public policy surrounding fracking and UOG setback distances, particularly given the growing body of research surrounding the adverse health impacts of fracking on human and environmental health.