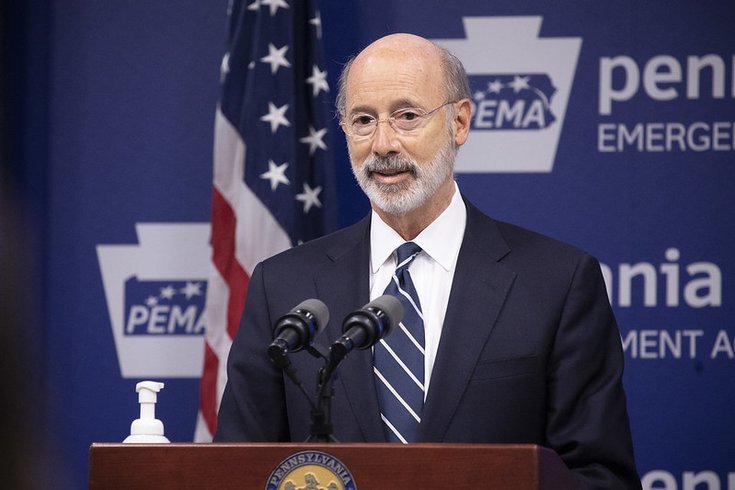 Ballots postmarked by Election Day that arrive after the polls close on Tuesday night, but before 5 p.m. on Friday, Nov. 6 will be segregated and counted separately, Pennsylvania Gov. Tom Wolf said.

Pennsylvania Gov. Tom Wolf and Secretary of State Kathy Boockvar took to the Sunday shows to make one final request to commonwealth voters to get their mail-in and absentee ballots submitted as soon as possible for the upcoming election.

Speaking on CNN’s “State of the Union” with Philly native and host Jake Tapper, Wolf encouraged Pennsylvania residents to block out the noise surrounding mail-in voting when it comes to handing in their ballots on time this week.

Ballots postmarked by Election Day that arrive after the polls close on Tuesday night, but before 5 p.m. on Friday, Nov. 6 will be segregated and counted separately, Wolf said.

“Just get your ballots in today,” Boockvar implored commonwealth residents. “The best way you can make sure that your ballot will be counted is to get it in by 8 p.m. on Nov. 3.”

WATCH: Pennsylvania Sec. of State says postmarked ballots which are turned in after 8PM on Election Day "will be segregated but they will be counted." #MTP @KathyBoockvar: "The idea is not to wait. That they should be canvassing them as soon as the 8PM time frame passes." pic.twitter.com/IptklRVyEB

Ballots must be postmarked by no later than this Tuesday in order to be counted for the election. They can be mailed using the U.S. Postal Service or deposited in an official ballot-collection drop box. Voters can submit their ballot either via the mail, by dropping it off at their county board of elections office, or at an official ballot dropbox.

At this time, given how close Election Day is, people should strongly consider visiting a satellite election office to ensure timely delivery and return of their ballots. At these satellite locations, a registered voter can request a mail-in ballot, have it printed, vote and then submit the completed ballot – all in one location.

Polling indicates that the race for Pennsylvania could be close. The Democratic presidential nominee currently leads the Republican incumbent by an average of four points in the state, according to Real Clear Politics.