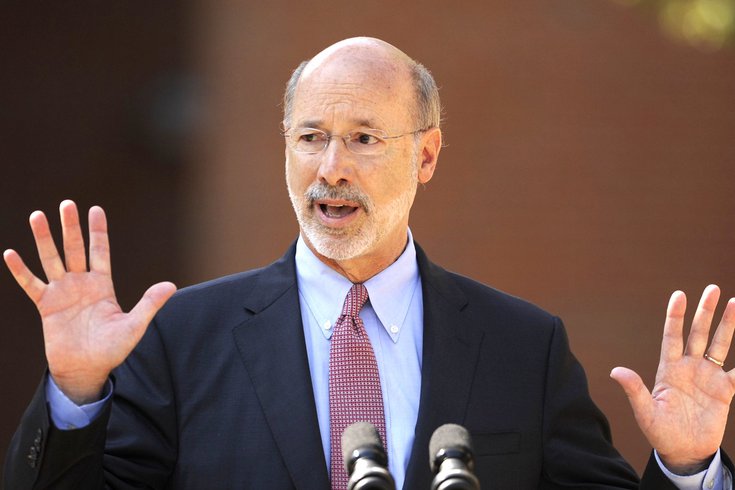 Pennsylvania Gov. Tom Wolf has pulled back his order to close all non-life-sustaining businesses that he issued Thursday, following negative feedback. Wolf is allowing businesses from certain industries to remain open, and delaying enforcement a few days following pushback.

Pennsylvania Gov. Tom Wolf has adjusted his order to close all "non-life-sustaining" businesses in the state, and delayed the enforcement of business closures following negative feedback.

Wolf's announcement late Thursday called for the closure of tens of thousands of additional businesses that he said would be enforced by state troopers and other groups. Friday, Wolf said that some of these businesses would be allowed to remain open, and enforcement would be delayed from Saturday to Monday.

The original guidance for the closure of "non-life-sustaining" business was a sharpening of an earlier direction to close "non-essential" businesses, and was considered one of the toughest measures taken by a U.S. governor as of late to control the spread of coronavirus.

Negative pushback prompted Wolf to change his order, including a lawsuit from a gun store, and complaints from Republican lawmakers and business groups.

The gun store claimed in their suit that Wolf's order was an attack on the Second Amendment while claiming that gun stores are life-sustaining businesses. The Associated Press reported that the suit claimed "the right to bear arms is the epitome of life-sustaining."

Wolf said the order will be enforced by local officials, the state Health and Agriculture departments, Liquor Control Board and state troopers.