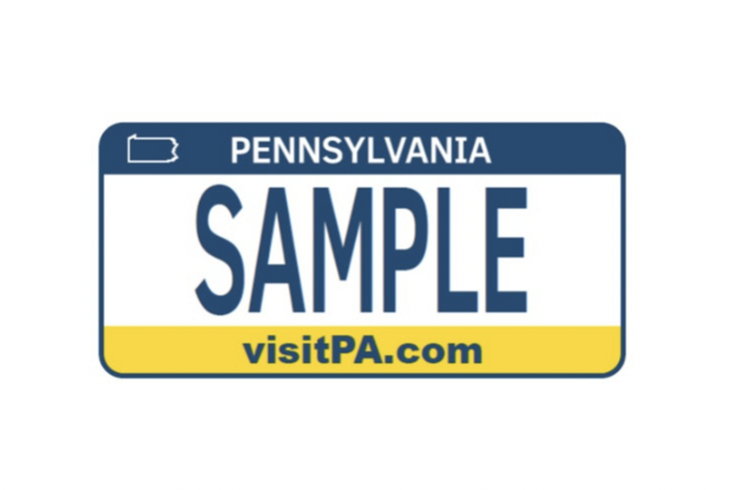 Pennsylvania drivers now must ensure their entire license plates are visible to prevent being pulled over by police. An appellate court decision ruled that obscuring plates in any way is probable cause for traffic stops under a police officer's discretion.

Pennsylvania drivers can now be pulled over by police officers if any part of their license plate is not visible, that includes by mud, dirt or even the covering of letters by a frame.

An appeals court ruling filed on Aug. 23 decided that registration plates can not be covered or obscured in any manner and that police can stop drivers if they can't reasonably read any information on the plates.

The original case involved an April 21, 2021 traffic stop on Warrington Avenue in Philadelphia. An officer stopped a car because they couldn't see the entire license plate down to the visitPA.com website at the bottom. During the stop, officer Knud Kristensen was alerted to the vehicle's passenger putting something under the car's front seat.

The traffic stop for an obscured plate turned into an officer-led search of the car in which a gun, along with multiple rounds of ammunition and marijuana, were recovered.

Derrick Ruffin, the vehicle's passenger, did not have proper permits to carry a firearm and was charged with carrying a firearm without a license, amongst other related charges.

Ruffin appealed the charges, claiming there was no reason for the traffic stop because all of the registration information could be read. After an investigation, the courts ruled to suppress Ruffin's motion, stating that "there was no reasonable suspicion or probable cause to pull over the vehicle."

The Commonwealth appealed that decision, which eventually ruled in favor of allowing traffic stops if any part of the license plate was covered. The law states that a license plate that is dirty enough that numbers and letters can't be read from a reasonable distance, or that red light cameras or toll booths can't make it out, is unlawful.

"While we appreciate the appellee's position that traffic stops should be limited to elements of a registration plate that are actually pertinent to the identification of the vehicle's registration, that interpretation does not comport with a plain reading of the statute," court documents read.

The Philadelphia lawyer who argued against the appeal, S. Phillip Steinberg, said that the decision opened the door to willful police stops.

Andy Hoover of the ACLU said that the ruling just gives police another reason to pull people over, noting how routine traffic stops turn into aggressive situations, especially for Black and Brown drivers.

In October 2021, Philadelphia City Councilman Isaiah Thomas passed a Driving Equality initiative in the city to change what traffic violations are cause for traffic stops to help limit people getting pulled over by police.

Thomas, who said getting pulled over by the police is a rite of passage, amended the city's traffic code to make violations, such as broken taillights and expired registration, secondary to limit interactions with police.

According to the Defenders Association, 97% of traffic violations were low-level in the city, so the Driving Equality bill was supposed to stop as many as 300,000 drivers from being pulled over.

Deputy legal director of the ACLU, Sara Rose, said that a reasonable interpretation of the law would be using it for identifying registration information purposes.

"This could give police carte blanche to pull over any car that has any kind of covering, any kind of frame around a license plate, which, you know, most cars do," she said.