A Pennsylvania state senator, who is running for governor, said earlier this week that heat generated by human bodies, along with the Earth moving closer to the sun, may be the underlying causes of climate change.

After making those suggestions at an event about natural gas drilling in Harrisburg on Tuesday, Sen. Scott Wagner, R-York, added that as a society we're pretty much good in terms of how we're addressing global warming.

He added, “We have more people. You know, humans have warm bodies. So is heat coming off? Things are changing, but I think we are, as a society, doing the best we can.”

I haven't been to science class in a while either, and am going to ignore the scientist who called his statements "utter nonsense," and instead take Wagner's word for it.

In fact, I have put the second theory into graphic form: 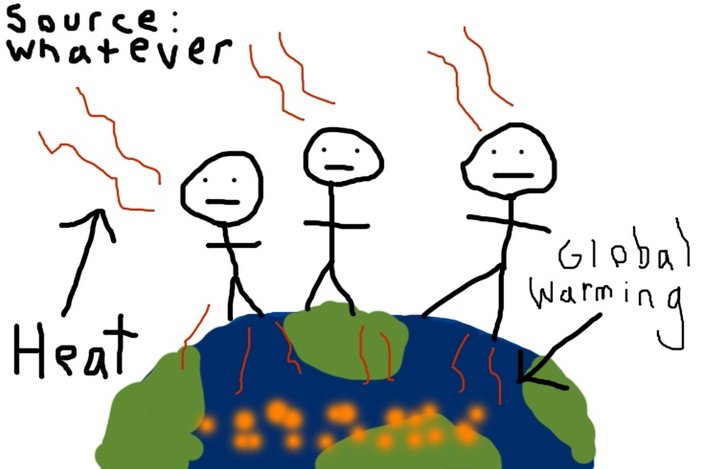 The potential cause of global warming, according to Scott Wagner.

In regard to the Earth getting closer to the sun, Derrick Pitts, chief astronomer at the Franklin Institute, started off an email to PhillyVoice with "Okaaaayyyyy then…" before addressing the claim in detail:

The Earth’s orbit around the sun is slightly elliptical. Part of our year (Winter season in the northern hemisphere) we are closer to the sun.  Our closest approach called perihelion, occurs in early January when we’re a little over 91 million miles from the sun. After early January, the Earth swings outward towards aphelion, our greatest distance from the sun, which occurs in early July. Then we’re a little over 94 million miles away. Been doing this every year since 4.5 billion years ago.

On a larger scale, physicists have determined that earth is actually moving AWAY from the sun (less than an inch per year) not closer, due to tidal forces between the earth and the sun.

For the rest of the Senator’s speculations, it’s best that I refer you to NASA’s climate change Evidence webpage here.

Alright, enough science for today. Time for a nap.