After similar U.S. incidents, is this the latest viral internet challenge? 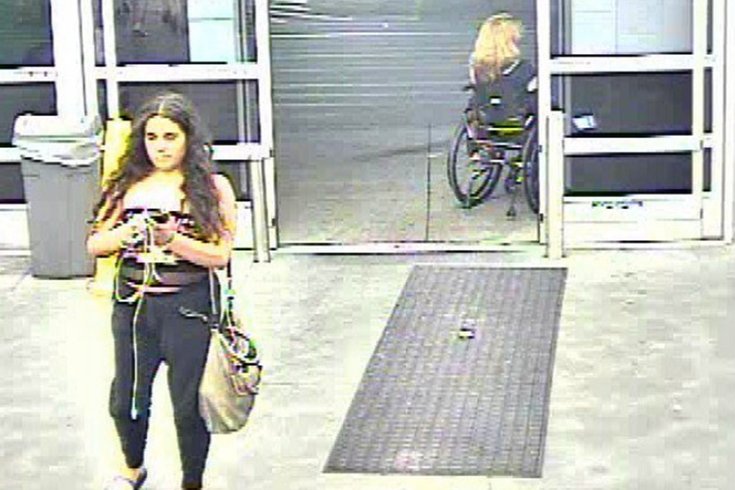 This woman is sought by authorities in western Pennsylvania for allegedly urinating on potatoes at a Walmart store.

This year has brought about a number of social media “challenges” involving individuals recording themselves doing strange, and oftentimes gross, things and putting it on social media for the world to see. And so it spreads worldwide.

The vacuum challenge came about a few months back and involved people using a vacuum to create an air-tight seal around their body, which could lead to dangerous health outcomes, and the ice cream-licking challenge involved people licking pints of ice cream in grocery store freezer cases and putting them back, spreading all sorts of germs in the process. They are just a few of the viral challenges impacting public health.

Now, it seems that some people are taking the viral challenge realm to a new extreme: urinating on grocery store items.

According to news reports published Tuesday, two individuals were found separately to have urinated on food products in Walmart.

The first case, per the Associated Press, involved a woman in West Mifflin, Pennsylvania, who urinated on potatoes at a Walmart. A store employee reportedly saw the incident and immediately sanitized the area and removed the affected products, but it is not known exactly when the incident  took place. Authorities identified the suspect as Grace Brown,  who subsequently told detectives she was the person who did it.

In Texas, 6ABC reports, officials are investigating a video that surfaced on social media of a teen urinating on a shelf in a Walmart store, likely after attempting to steal a case of beer. Porter, Texas officials hold that tampering with consumer products is not only "morally reprehensible, but can be a felony offense,” according to the news outlet. They are currently working to identify the individuals associated with the urination event.

While many may be aware that everyone’s urine is sterile to themselves — hence why people like Bear Grylls can drink it — it is not so for other people and, in fact, can carry disease.

Urine, a bodily fluid, can carry a number of diseases, infections and germs, including cytomegalovirus (CMV) infection, according to the South Australian health department.

While this “trend” has not yet reached viral status, but if it does it would create major health concerns. In the meantime, it might be wise to wash all produce you get from the grocery store — especially from Walmart — and pour canned and bottled beverages into a glass before consuming.