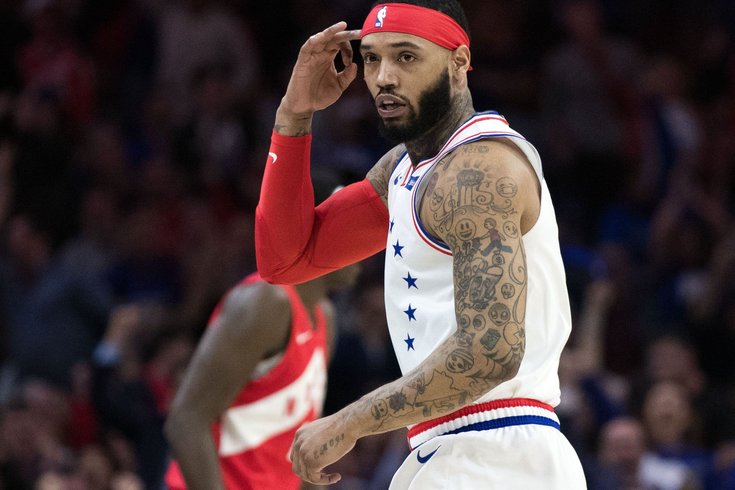 Philadelphia 76ers and Parx Casino partner together to bring bonus free play offers to fans and special game-viewing parties at the casino's beer garden in Bensalem.

The Philadelphia 76ers are joining forces with Parx Casino in Bensalem for a multi-year partnership to bring Sixers fans the ultimate experience this 2019-20 season, including free gaming.

Parx Casino, the team's first-ever "Official Winning Partner of the Philadelphia 76ers," announced that for every regular season game the Sixers win the casino will offer fans a chance to play on the casino's online and mobile gaming app for free.

The "Win for All" promotion will allow fans to win $25 per Sixers victory until the team's 26th win. After that, the bonus offer will increase based on the game being played, e.g. the 30th regular season game will increase the bonus to $30.

In order to redeem this offer, a custom promo code will be advertised during the game on the radio and through social media to use for the online and gaming app. Fans must be 21-years-old or older and live within 150 miles of the Philadelphia city limits in order to play.

“On the eve of the 2019-20 season, we are proud to announce a partnership with Parx Casino that will create an interactive opportunity between our fans and Parx Casino’s gaming platforms,” Philadelphia 76ers President Chris Heck said in a press release. “The ‘Win for All’ promotion provides a creative avenue for fans to interact with our first-ever ‘Official Winning Partner’ and plays upon the competitive spirit of Philadelphia fans.”

Keep your eye out as certain games will come with certain special surprises, including the Sixers' Christmas Day basketball game against the Milwaukee Bucks — the team's first home Christmas game since 1988.

Oh, but there's more, Sixers fans. Parx will also host six "76ers Nights" at the Beer Garden at the Bensalem location. While watching Joel Embiid and Ben Simmons kill it this upcoming season (we can only hope), fans will be joined by the Sixers ENT, including the Dunk Squad, mascot Franklin, Sixers Dancers, and the Stixers, as well as 76ers alumni. These events will be held on Oct. 28, Nov. 29, Dec. 12, Jan. 3, Feb. 6, and March 24.