Brandon Bostian, 38, was being tried for his role in the incident that killed eight passengers and injured over 200 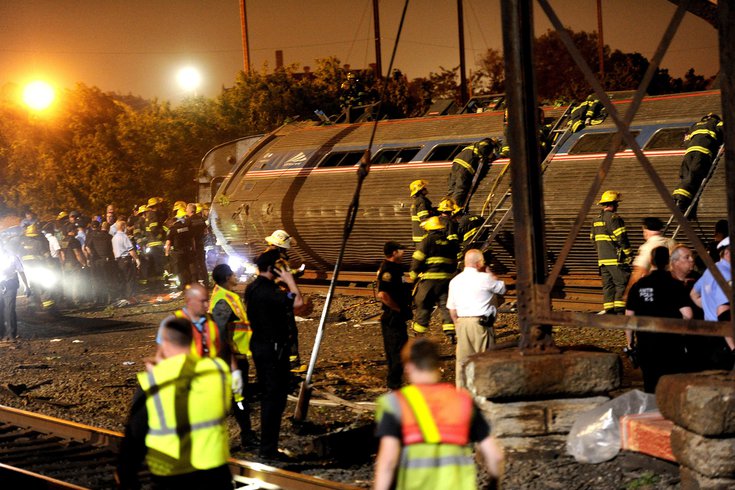 Brandon Bostian, 38, who was the engineer of Amtrak Train No. 188 which crashed in Philly in 2015, killing eight and injuring over 200 was acquitted of charges on Friday.

The Amtrak engineer who was at the controls in the 2015 train derailment in Port Richmond that killed eight passengers and more injured than 200 injured was found not guilty at trial on Friday.

Brandon Bostian, 38, was acquitted of causing a catastrophe, eight counts of involuntary manslaughter and nearly 250 counts of reckless endangerment. The jury deliberated for a little more than an hour following the weeklong trial, the Associated Press reported.

The crash occurred on a section of track known as Frankford Junction when the Amtrak train No. 188 traveled through a curve at more than twice the speed limit.

Amtrak had agreed to pay $265 million in civil settlements to the victims and their families in 2016 and also installed speed controls on all its tracks between Boston and Washington, D.C.

Bostian's lawyer Brian McMonagle said his client was a life-long train enthusiast and had a perfect record at work until the day of the crash. Reports of people throwing rocks in the vicinity of the crash caused Bostian to become distracted, ABC News reported.

"If a doctor gets distracted, if there's a disturbance, if they make a mistake, ... is that a crime?" McMonagle asked in closing arguments according to FOX29. "In what world would that be a crime?"

The case prosecuted by the Pennsylvania Attorney General's Office. Its attorney's argues the jury not to consider Bostian's intent, but consider whether Bostian sped up intentionally with knowledge of the risks he and other passengers would face. That was the threshold required for criminal negligence in the case, the AP reported.

The train had been traveling from Washington, D.C., to New York City and had stopped at the 30th Street Station just 10 minutes before the crash occurred.

Federal safety investigators concluded that Bostian had lost his "situational awareness" at the time of the crash. He believed that he had already passed the S-curve where the train jumped the tracks, when in reality he was in the middle of it when he accelerated the train to 106 mph. The maximum speed on that portion of the tracks is 50 mph.

Investigators also found no evidence Bostian had been impaired or using his cellphone at the time of the crash.

The not-guilty verdict for concludes nearly seven years of investigations and legal proceedings that followed the derailment.

It first appeared there would be no criminal case against Bostian, when former District Attorney Seth Williams declined to charge the engineer in May 2017, citing lack of evidence.

But shortly after, Attorney General Josh Shapiro's office was required to pick up the case because of state law and pressure from the victims' families.

By September 2017, a Philadelphia Municipal Court Judge dismissed the case, noting the train derailment looked to accidental. A second attempt at prosecuting Bostian was dismissed by a Philadelphia Common Pleas judge in July 2019. Those charges were reinstated on appeal to the Pennsylvania Superior Court in May 2020, resulting in the trial that concluded Friday.

After the jury's verdict the state Attorney General's Office released a statement.

"There is no question that the excessive speed of the train that the defendant operated resulted in death and injury to his passengers," the state prosecutors said, according to CNN. "Our goal throughout this long legal process was to seek justice for each and every victim, and help bring victims’ families and their loved ones’ closure."

Note: Portions of this story edited and changed after it was originally published.