Philadelphia voters approve ballot question that will alter the zoning board 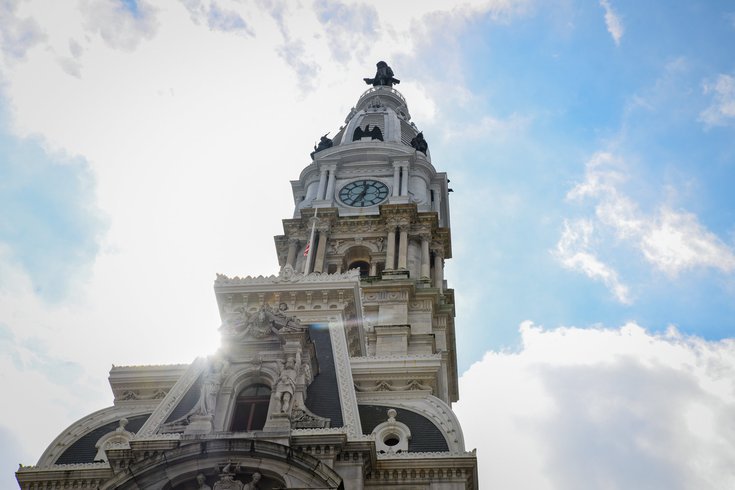 Philadelphia voters approved all four ballot questions during Tuesday's primary election. The approved measures change the structure of the zoning board, remove all gender-based references in the city's governing documents and make the Fair Housing Commission permanent.

More than 80% of voters approved of establishing the Fair Housing Commission as an independent, permanent entity. A question regarding changes to the Zoning Board of Adjustments gained more than 70% support.

More than 60% of voters approved removing gender-based references from a pair of city documents.

With 95% of divisions reporting, here's how Philly voters responded to each of the ballot questions.

Question 1: Should the city expand the number of appointees on the Zoning Board and make other changes? — YES

This first ballot measure made several structural changes to the Zoning Board of Adjustment, which hears cases over zoning and land issues. The zoning board will grow from five to seven members, and each of those mayor-appointed members must also be approved by City Council. Among the zoning board, members must hold certain qualifications.

Two members of the board must be members of the community, while others must include an urban planner, an architect, zoning attorney, expert in real estate finance, and a person with expertise in the construction industry. All must have demonstrated "sensitivity" to community concerns and preserving the character of Philadelphia's neighborhoods.

The ZBA, which sometimes makes case-by-case decisions regarding proposed zoning changes, has played a major role in citywide feuds regarding gentrification and increased urban development.

Voters approved this question with 70.76% support.

Question 2: Should the city remove gender-based language, like "firemen" and "policemen," from the city charter? — YES

The second and third questions on Tuesday's ballot dealt with changing some of the language used in the Philadelphia Home Rule Charter, which is the city's largest governing document. By approving this measure, voters supported the removal of all gender-based language from the document, replacing phrases like "firemen" and "policemen" with "firefighter" and "police officer."

All references to the Mayor using "he," would be replaced with "the Mayor," in order to get rid of the gender-based assumptions of the city's elected officials. Language regarding any city official will be changed to refer to their title, rather than gender.

This measure was approved with 64.97% support.

Question 3: Should the city remove gendered language in the educational supplement of the city charter, which governs the school district and board of education — YES

A more-specific version of the previous question, this ballot measure dealt specifically to the Educational Supplement within the city's charter. This document governs the School District of Philadelphia and the Board of Education. Voters approved removing all gender-based references to school officials within the document. All references to the superintendent using "he" will be changed to say "the Superintendent."

City Council approved legislation for both of these questions, noting that these changes make the city's governing documents inclusive and representative of women and people of genders not represented by the charter's current language.

This measure was approved with 64.97% support.

Question 4: Should the Fair Housing Commission be made permanent? — YES

This measure received an overwhelming amount of support from Philly voters. The Fair Housing Commission was established in 1962, and the members of its board have enforced regulations on rental properties throughout the city and resolved disputes between landlords and tenants.

The FHC holds hearings on potentially unsafe properties and has created a resource hub for renters and landlords in order to avoid major complaints or disputes.

Through its passage, the FHC is made into a permanent, independent agency, keeping it from being dissolved through City Council legislation. Its passage does not change anything about the structure or responsibilities of the FHC or of its mayor-appointed board.