An exchange student is being isolated pending test results 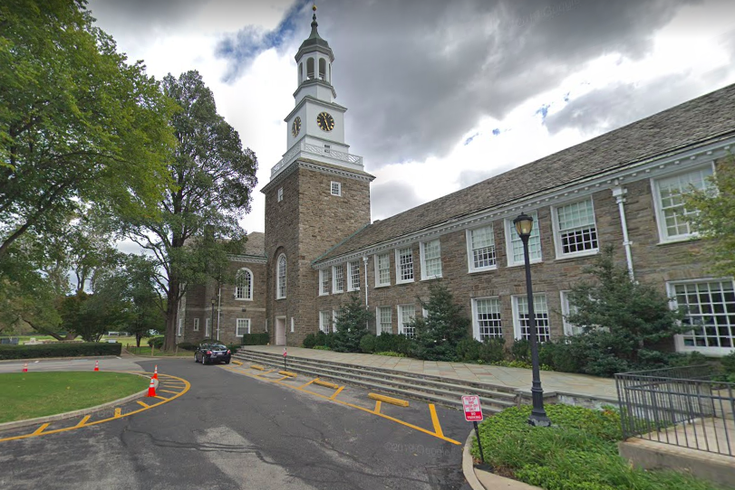 Philadelphia health officials are investigating whether an exchange student at William Penn Charter has been infected with the novel coronavirus. Despite five U.S. cases, the Centers for Disease Control and Prevention says Americans are at low risk of becoming infected. The coronavirus has killed at least 80 people in China since an outbreak began in late 2019 at a seafood market in Wuhan, Hubei Province.

Philadelphia health officials are investigating whether a William Penn Charter exchange student may be infected with the novel coronavirus.

A group of 18 Chinese students and three chaperones arrived at the East Falls prep school last week, having caught a connecting flight in Wuhan, the site of the outbreak, en route to John F. Kennedy International Airport in New York.

One of the students fell ill late last week, according to Penn Charter. The student has been placed in isolation pending test results, but is doing better. Test results are expected within a few days.

Health officials said they are following guidelines issued by the U.S. Centers for Disease Control and Prevention to determine whether this is a coronavirus case. They are working alongside school officials and regional and state partners.

Health officials advised against isolating the remainder of the exchange students and their chaperones, according to Penn Charter. The group's exposure time was limited in Wuhan and health officials suspect the student's illness was most likely caused by one of the various respiratory viruses circulating in both China and the United States.

The group is attending classes at the school and residing with host families until Feb. 4.

"This situation is totally in flux," health department spokesman James Garrow said. "Scientists around the world are learning more about this disease every day. The recommendations that we have today may change tomorrow."

Philly health officials stressed that the risk from the novel coronavirus to Philadelphians is low, an assessment that is backed by the CDC.

"We certainly don't want to minimize it because we don't know how it's going to turn out," Garrow said. But he attempted to place the current risk in perspective.

City residents are far more likely to get other respiratory illnesses, including influenza, which is widespread and already has killed six Philadelphians, Garrow said. He urged people to wash their hands frequently, cough into their shoulder and stay home when sick.

Local health systems have received guidance from the CDC and Pennsylvania Department of Health and are prepared to handle potential coronavirus cases.

Within the Temple University Health System, the initial emergency department screening process includes questions regarding travel, potential exposures and symptoms. Any patient considered high risk for coronavirus infection will be placed in isolation. Clinicians will be required to wear masks.

As of Monday, at least 80 people in China had died of the coronavirus, which originated from a seafood market in Wuhan, a city of more than 11 million people. There have been more than 2,700 confirmed cases in China.

The CDC has confirmed five coronavirus cases in the United States. As of Sunday, health officials from across the country had sent about 100 samples to the CDC for testing. In addition to the five positive tests, 25 have tested negative. The others are pending.

The five U.S. cases all involved people who traveled to Wuhan.

In a statement issued Sunday, the CDC referred to the coronavirus outbreak as a "very serious public health situation," but emphasized that immediate risk to the general public is low, adding that risk is dependent on exposure.

The CDC expects additional cases to be reported in the U.S. in the days and weeks to come, including some that might be due to person-to-person transmission.

"Outbreaks of new diseases are always of concern – and in today's connected world, an outbreak anywhere can be a risk everywhere," the statement said. "Risk is dependent on exposure."

The CDC advises people to avoid nonessential travel to China's Hubei Province, where Wuhan is located. Officials urge people traveling to other areas of China to practice good hand hygiene.