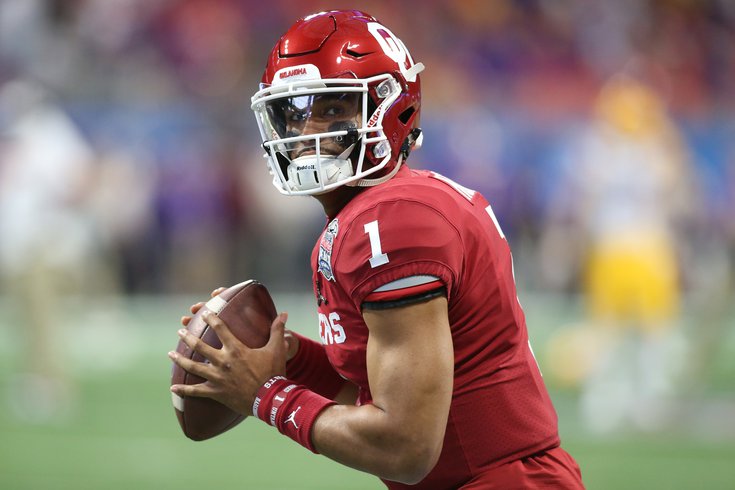 For some reason, the Philadelphia Eagles selected quarterback Jalen Hurts with the 53rd overall pick in the 2020 NFL Draft.

With major needs across their roster, the Eagles picked a quarterback, even though the best player on the team is, you know, the quarterback, Carson Wentz.

Hurts is talented, and worthy of a second round pick... for a team that actually needs a quarterback. A look at his highlight reel:

Hurts can make plays with his legs, as he is a highly athletic quarterback.

Wentz obviously has a history of injuries, so the desire to have a good No. 2 behind him should rightfully be there, but in Round 2? Perhaps the Eagles have some sort of role in mind for Hurts similar to that of Taysom Hill? But even then, it's hard to justify this pick in any way when there were a slew of players on the board who could have been Year 1 contributors, and possibly even starters.

Due to the unpredictable nature of the NFL Draft, it's really hard to be shocked by a pick, but this certainly qualifies, and then some.