Philadelphia's next axe-throwing bar is coming to Old City 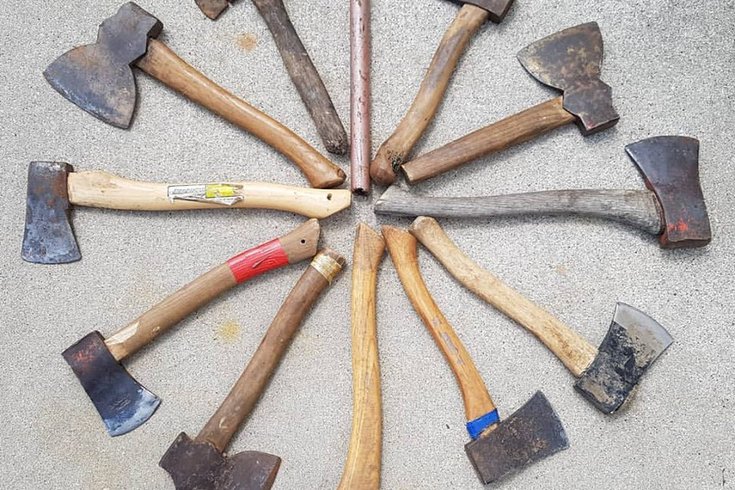 Kick Axe Throwing, based in Brooklyn, is opening in Old City.

Soon Philadelphians will have another outlet for their axe-throwing needs with the opening of Kick Axe Throwing, a bar based in Brooklyn that's setting up in Old City next year.

The new spot will be open at Market and Bank streets, in the space that held Stephen Starr's now-closed Tangerine restaurant, Eater reported. It joins the few other bars in the city with a similar concept, the first being Kensington's Urban Axes, which for a while was the only known one in the local market. Bury the Hatchet opened in Graduate Hospital earlier this year.

Though part of the draw is being to imbibe while learning how to throw a dangerous object originally intended to chop wood, Kick Axe Throwing attempts to curb the possibilities of drunken injuries by only serving beer and wine. If you don't feel like throwing axe, you can also stop by and chill for drinks, like a regular bar. This is unique to the Philadelphia location.

The bar's New York location opened less than a year ago, though it looks like reservations fill up quickly, particularly on the weekend, so walk-ins won't always be your best bet. In New York, a session of throwing costs $35 per person for a 75-minute reservation.

In addition to its upcoming Philly location, Kick Axe Throwing is opening up shop in Washington, D.C., too.