Check out all the deals for Philadelphia Marathon runners 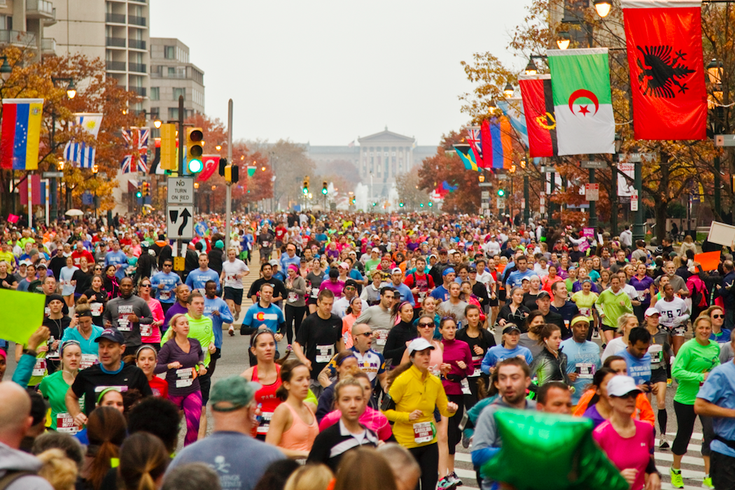 The Philadelphia Marathon takes place on the third Sunday of November each year.

Each year, on the third Sunday of November, runners take to the streets for the Philadelphia Marathon. This year will mark the historic race's 25th anniversary.

Thousands of runners will race the 26.2-mile course through the city on Nov. 18. If you're one of them, check out all the deals at local restaurants and bars available to you once you finish.

Use the roundup below as extra motivation to cross the finish line.

RELATED: This playlist will get you through your last training runs before the Philly Marathon | Not getting enough sleep can cause dehydration, new study suggests | PHOTOS: A first look at the completely-reimagined Bourse Marketplace

The local brewery behind Kenzinger and Walt Wit created a special brew for Philadelphia Marathon runners.

The ElectroLyte is a pale ale with a low 3.9-percent ABV brewed with apricots, white and pink grapefruit and a pinch of Himalayan pink salt and rye malts. Pints will be available for $4 all day. Runners just need to show their bibs to get the deal.

After the race, runners can enjoy a special wine flight at the South Street bar. For anyone with a bib, the $14 flight will be reduced to $12.

The wines included are a German Riesling, a Peloponnese red blend and a New Zealand Gamay Noir.

Marathoners will be treated to a complimentary Victory beer with the presentation of their bibs at the Parkway restaurant. Pair the freebie with one of Urban Farmer’s brunch dishes, like the brioche French toast, short rib hash or biscuits and sausage gravy.

The Center City restaurant is offering a combo deal to runners on race day. Runners who show their bibs can enjoy a cheeseburger and Ocean Prime Manhattan, made with Woodford Reserve, for $20.

The deal will be available once Ocean Prime opens for the day at 4 p.m.

Located in The Study Hotel in University City, CO-OP is offering a discount to runners who show their bibs. Marathoners will receive 26.2-percent off their bill.

The restaurant will also have a special dish for the occasion: Spaghetti Pomodoro.

Post-race, Joe's is offering runners large cheesesteaks for $7.50, so long as they show their bibs.

After crossing the finish line, head to the bar at 11th and Chestnut to do celebratory shots. Anyone with a bib will be able to get a citywide with Victory Czech Pilsner and a shot of Rittenhouse Rye for $9.

At Old City's new food hall, opening Nov. 15, runners will be able to score a ton of deals after the race.