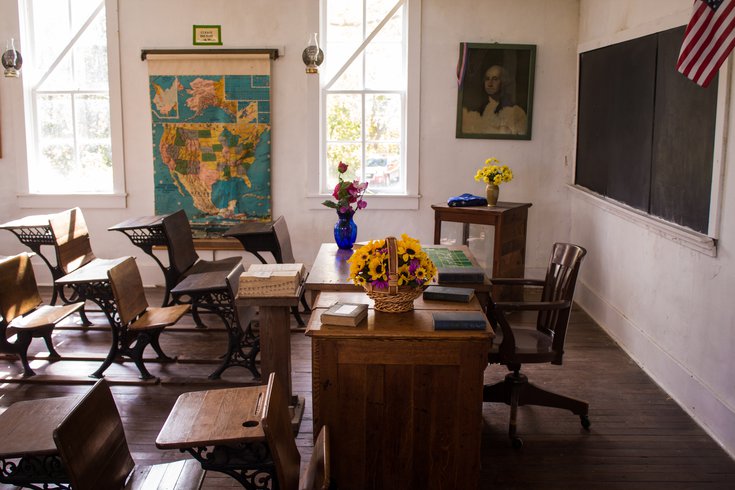 Philadelphia has lost 1,200 Black teachers over the last 20 years, and half of Pennsylvania's schools employ zero teachers of color, according to a recent report from education nonprofit Research for Action.

Philadelphia public schools have lost nearly 1,200 Black teachers over the last two decades, mirroring a widening gap between the amount of students and educators of color in Pennsylvania.

A report from Research for Action, a nonprofit that conducts education research, found that more than 1,400 schools in the state employed zero teachers of color during the 2020-21 school year. As the percentage of students of color continues to grow, the disparity appears to have widened further.

Nationally, there were 52.4% students of color and 20.7% teachers of color during the 2017-18 school year, meaning the percentage of students to teachers was only 2.5 times greater.

Previous research has found that having Black teachers and other teachers of color in schools has a positive impact on students of color. However, it's not uncommon for students to graduate without ever having a Black teacher.

"If a Black child has a Black educator, they are less likely to be expelled, suspended, or even referred for disciplinary actions. They're more likely to have a higher sense of belongingness in the classroom and within the school," Sharif El-Mekki, CEO of the Center for Black Educator Development, told CBS News. "We say teachers of color are also important for white students as well."

Although Philly's percentage of Black teachers has continued to decline, the School District of Philadelphia still employs more than half of the state's teachers of color. For decades, it was "unheard of" that a Philadelphia public school would have no teachers of color, regardless of the racial makeup of its student body, Chalkbeat reported in 2018.

The city has remained a center for Black teachers in the state, many of whom were graduates of the School District of Philadelphia themselves. At one point, 40% of the city's teachers were Black. However, that number has fallen significantly over the last 20 years.

In 2001-02, 34.2% of the School District's teachers were Black. In 2020-21, that number dropped by more than 10% points to 23.5%, researchers found. Representation of other teachers of color has slightly increased during that time period.

"It's really important for Black and brown children to see themselves (reflected) in teaching staff," Aliya Cantanch-Bradley, principal of Mary McLeod Bethune School in North Philadelphia, told WHYY. "In many schools when you start asking the question, 'When did you have your first Black teacher?' Many have never had one."

In February, the state Department of Education revealed that 96% of Pennsylvania teachers are white, making its educator workforce the least diverse in the country. Though the state has seen a decrease in the amount of teachers of color employed in its schools, the COVID-19 pandemic, coupled with the lack of other teachers of color in schools throughout the state, has made recruitment and retention of teaching staff challenging.

The Department of Education has said that hiring a more diverse teaching workforce is a top priority. In 2019, the state launched Aspiring to Educate, a pilot program aimed at addressing the lack of interest in the teaching profession and lack of diversity among working teachers in the state.

The youth pathway is a collaboration from the School District of Philadelphia and seven colleges in the region, including the Community College of Philadelphia, Temple, Drexel, Arcadia, Cabrini, Cheyney and West Chester universities.

High school juniors and seniors who have expressed interest in becoming teachers work with the School District and the colleges to determine a specific plan for enrollment. They also receive financial assistance to join an education program. Upon graduation, students are encouraged to return to the School District of Philadelphia.

The program is being expanded this year in order to increase the School District's overall teaching workforce and help improve diversity – particularly following a surge in mid-year teacher resignations.

"We believe that it's important to our workforce to reflect the rich diversity of our student body," Monica Lewis, spokesperson for the School District, told Chalkbeat. "We have a multi-faceted approach to increasing teacher diversity throughout our schools."

Research for Action previously published a report on the "leaky pipeline," referring to the importance of recruiting and retaining teachers of color throughout Pennsylvania. The organization's researchers have found that having a diverse teaching staff can improve isolation, create a sense of belonging and improve retention for teachers of color.

Other research has found that Black teachers in schools across the country spend a lot of time responding to and interrupting racism and microaggressions from white colleagues, which can lead to feelings of alienation and can take a toll on Black teachers' well-being in their workplace.