The 2018 midterm elections are far from the thoughts of most Philadelphians. But for politicians, it seems re-election is always at the forefront of their minds.

The Philadelphia Board of Ethics recently approved a proposal, which has at least five supporters on the 17-member city council, to provide taxpayer funding for political candidates. 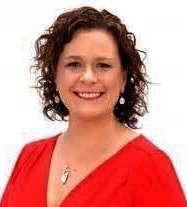 The proposal would set up a system similar to the one in New York City, in which qualified candidates are eligible for 4-to-1 matching funds compliments of city taxpayers.

The arguments in favor of this public financing initiative include “leveling the playing field” and “getting big money out of politics.” Giving campaigns access to public financing, supporters say, will reduce special interest influence on politicians and citizens will get competitive elections with better candidates.

Too bad these lofty promises never come to pass.

Seattle instituted a “democracy voucher” public financing scheme for the city’s most recent election. It did not go quite as planned.

The city sent four $25 “democracy vouchers” to all Seattle residents, who could contribute them to any candidate. Candidates would get access to voucher funds only after election officials verified that they had received signed vouchers from 400 residents.

Rather than helping lesser-known candidates, the lure of vouchers proved to be a time- and resource-wasting distraction.

As first-time candidate Hisam Goueli lamented about his failure to qualify for the voucher program, “Instead of getting my message out, I’m trying to get democracy vouchers.”

Instead of leveling the playing field and helping lesser-known candidates, incumbents and well-connected politicians raked in the voucher funds while other candidates were left with little to show for their efforts.

Of the $315,000 in tax dollars that were awarded in Seattle’s primary, the majority went to just three candidates — one of whom was an incumbent and the other two who were politically connected activists.

New York City, which Philadelphia’s program would most closely emulate, has also failed to deliver results. According to the New York City Campaign Finance Board (in a report from 2004), “the program’s requirements, instead of helping to ‘level the playing field,’ appear to have contributed to greater disparities between office holders’ and challengers’ campaign finances and … the Public Fund has helped to finance possibly unnecessary campaign expenses and uncompetitive campaigns.”

The program attracted new controversy this year when a city council candidate, Thomas Lopez-Pierre, ran a campaign blaming high rents on “greedy Jewish landlords.” Lopez-Pierre qualified for the 6-to-1 match for public financing and was given $100,000 of taxpayer dollars to spread his objectionable views. Public campaign financing has failed again and again to improve government performance or elevate candidates without political influence or advantages.

So why does this proposal continue to pop up in city after city?

The one thing incumbent politicians of all stripes dislike is competition that forces them to work to keep their jobs. They know public campaign funding schemes benefit them at the expense of potential challengers who may not have the political connections or know-how to compete. Incumbents get to look like champions of political reform while staving off potential challenges. For them it’s a win-win.

Thankfully, not all politicians are sold on this idea. Mayor Jim Kenney has expressed skepticism about the Philadelphia public-funding proposal, noting that funding political candidates would come at the expense of education and other priorities.

The citizens of Philadelphia shouldn’t fall for the promises of politicians looking to finance their political careers using our tax dollars. The majority of taxpayers’ hard-earned money should be kept in their pockets.

The city’s tax revenues should be spent on core services that all Philadelphians benefit from, not on campaign consultants and political ads that benefit politicians.