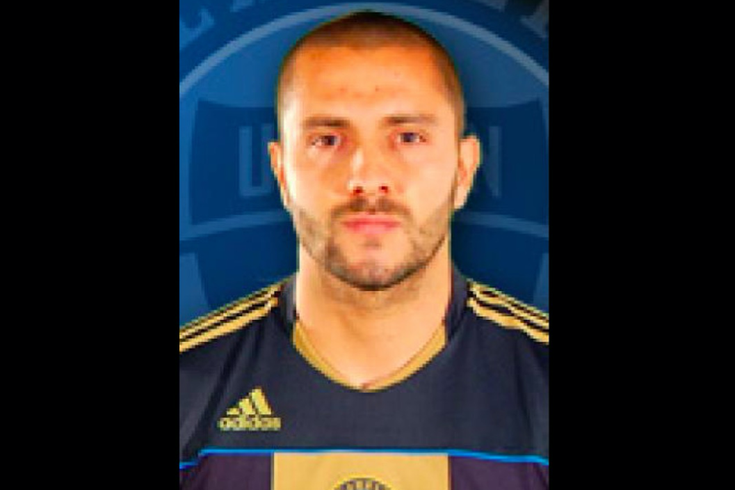 Juan Diego González, who played for the Philadelphia Union during their inaugural 2010 season, was found dead in Colombia's Medellin River on Feb. 27. His dismembered body was identified on March 5. Authorities believe the retired soccer player may have been killed over a dispute involving money.

A former member of the Philadelphia Union and longtime soccer player in South America reportedly was killed in brutal fashion in Colombia, according to local authorities.

The body of Juan Diego González, 39, was found dismembered in Copacabana, Antioquia, about 11 miles outside of Medellin, Futbolred.com reported on Thursday. His body was found on Feb. 27  in the Medellín River along with a second body, a 19-year-old man who had been reported missing.

González played for the Union during their inaugural season in 2010, after a lengthy career playing for several clubs in Colombia and Argentina. He won a Colombian Cup with La Equidad in 2008 and an International Mercosur Cup with Argentinean San Lorenzo in 2001. After one season with the Union, González retired.

Authorities believe González was killed over a dispute involving money or a possible settling of scores, though the investigation is still in its preliminary stages. Authorities are still gathering information from González's family and friends.

It's unclear at this time how González was connected to the other victim, who was identified as Deiber Galeano.

The Philadelphia Union had not commented on Gonzalez's death as of Thursday afternoon.