Six packages of the parasitic worms were shipped from Bulgaria with destinations to Connecticut, Florida and Illinois 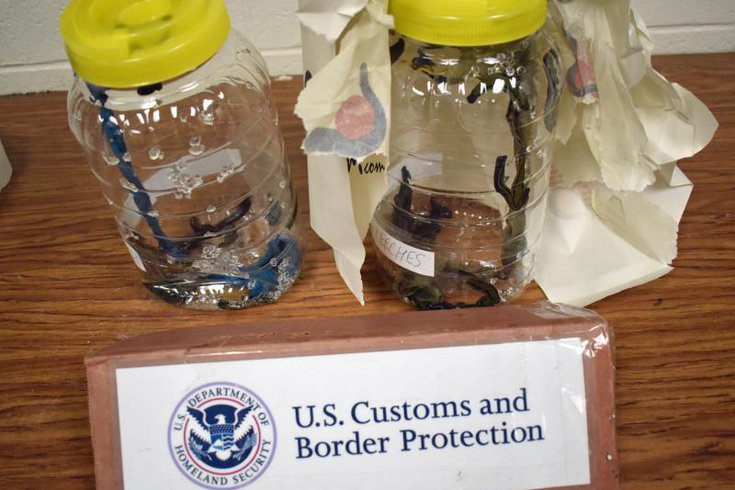 Approximately 300 leeches were packaged within nine plastic jars destined for Connecticut, Florida and Illinois, according to U.S. Customs and Border Protection officials in Philadelphia.

Hundreds of leeches bound for the United States from Bulgaria were recently intercepted by federal customs and wildlife officials in Philadelphia.

U.S. Customs and Border Protection said Wednesday that the bloodsuckers arrived in Philly in six air cargo shipments from Feb. 19-25.

Approximately 300 leeches were packaged within nine plastic jars, CBP officers said. The shipments were addressed to Connecticut, Florida and Illinois.

Labels on each of the nine jars identified the parasites as Hirudo Orientalis. But inspectors with the U.S. Fish and Wildlife Service later said that the worms were a species called Hirudo Medicinalis.

Hirudo Medicinalis is a leech species that is primarily used in medical blood withdrawal treatments.

USFWS agents said that the shipments violated the U.S. Endangered Species Act, which prohibits anyone from owning, trading, importing and exporting protected wildlife species without a license.

"Customs and Border Protection officers and agriculture specialists often encounter unique and interesting things, like this jar full of icky bloodsuckers, while inspecting goods being imported to the United States," said Joseph Martella, CBP’s area port director in Philadelphia. "CBP officers remain committed to collaborating with federal, state and local law enforcement partners to intercept shipments that violate our nation’s laws and potentially threaten harm to our nation’s citizens and our economy."

The containers of leeches join a list of wildlife species and products seized by CBP officers in Philly in recent years.

Agents discovered in January a taxidermied bird in a display case that was being shipped from the United Kingdom to Quebec, Canada. Last year, officers seized protected crocodile skins from Sierra Leone, a stuffed bird and ivory products made from poached tusks of protected pachyderms.

Inspectors found a mantis insect and three egg sacks hidden within a computer mouse that was being shipped from Spain to New Hampshire in August 2020.

Last week, U.S. customs officials discovered shipments of a dozen soup cans filled with liquid MDMA and 10,000 Tramadol pills stuffed between two cakes. The opioids were being sent from London to Charleston, West Virginia. The liquid ecstasy was being shipped from the Netherlands to Miami, Florida.