Johnson Larose and Charlotte Fischer snuck into the store just before closing to film a video for their 'Saucy and Honey' channel, police say 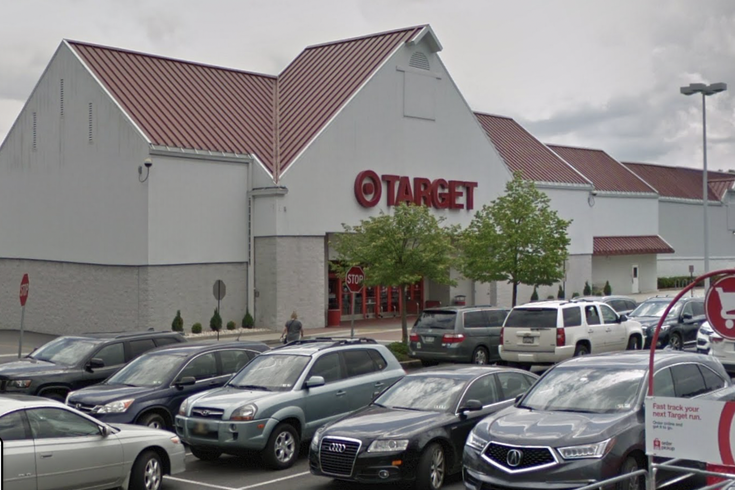 The couple that runs the YouTube channel 'Saucy and Honey' have been charged with trespassing for allegedly spending a night inside the Target on Sunrise Boulevard in Exton.

A Chester County couple is facing trespassing charges for sneaking into a Target store in Exton last month to film a "challenge" video for their YouTube channel.

The incident happened Feb. 21 at the Target on Sunrise Boulevard off Route 100, according to investigators.

Johnson Larose, 25, and Charlotte Fischer, 24, allegedly went into the store just before closing and hid behind boxes to create content overnight for their "Saucy and Honey" YouTube page, which has picked up about 17,800 followers since the couple joined the platform in 2020.

A 25-minute video posted on the channel on Feb. 21 shows the couple walking around the darkened store, dancing in front of product displays and describing the noises they heard in the empty building. Oddly, the store still had music playing overnight.

Eventually, the couple can be seen leaving the following morning as Target employees arrived to open the store.

Larose and Fischer initially thought their escapade hadn't been noticed, but West Whiteland Township police told FOX29 the couple tripped an alarm when they left using an emergency exit around 3 a.m. Police said the couple returned to the store around 8 a.m., though at one point in the video, Fischer is shown inside the store and mentioned it was after 4 a.m.

Officers initially came to the store in response to the alarm, they didn't find anyone at the Target, police said. They only discovered the couple had been there after reviewing surveillance video.

Larose and Fischer did not steal anything from the store, police said.

"When you go to a burglary call you have a heightened sense of awareness. Suddenly, you see somebody in there or maybe they get spooked and run, our officers are well-trained, but it's not a great situation for anybody," Pezick said. "They weren't out to harm anybody, but we want to make sure this doesn't happen again."

A description on the "Saucy and Honey" YouTube page paints the channel as a place for vlogs, pranks, challenges and travel.

Larose and Fischer were each charged with criminal trespassing and conspiracy, according to court documents. They were released on $25,000 unsecured bail and are banned from visiting any Target stores in Pennsylvania. Their next hearing is scheduled for March 24.

The "Saucy and Honey" page has since posted several other videos, including the latest, "Surprising My Boyfriend with GRANNY UNDIES to See His Reaction."

This is before the couple's time, but the whole "trapped in a Target scenario" was done with much more drama and entertainment in the 1991 movie "Career Opportunities" with Jennifer Connolly and Frank Whaley.