Matt Klentak steps down as Phillies GM, but will remain in organization 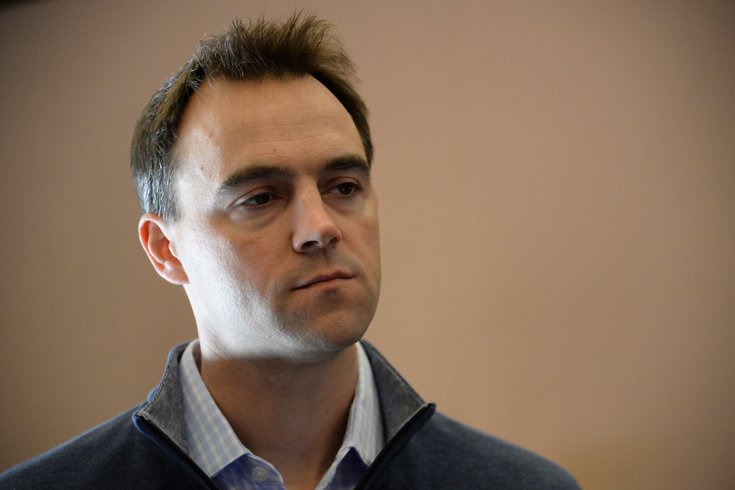 Someone had to answer for the Phillies vast underachievement in recent seasons.

Rightfully, it appears to have been general manager Matt Klentak, whose decision-making at the helm of the Phillies was perhaps the biggest reason for their struggles. Assistant Ned Rice will take over as the interim GM until the team names a full-time replacement.

Here's the release from majority owner John Middleton, who took his time after the season ended last weekend:

The Phillies, under Klentak, failed to eclipse a .500 record, did not make the playoffs and went through three managers. Klentak was bold, at times, trading for J.T. Realmuto and for Jean Segura — two key contributors. He also played a big part in landing Bryce Harper.

However, he was a terrible evaluator of talent and the Phillies have (Alec Bohm not withstanding) not had much success developing talent from within. Mickey Moniak (No. 1 overall) and Adam Haseley are arguably waste of top 10 picks, and Jake Arrieta was a big waste of nearly $100 million. They also have gotten almost no contributions from homegrown players over the last five seasons.

Taking over a rebuilding club in October of 2015, Klentak was unable to really figure out a strategy for reaching contention and he will step down from the job — but it looks like he will remain with the team in some capacity.

Whoever the next GM is will have Realmuto's re-signing as the No. 1 job on the agenda, as well as making decisions on 10 other players with expiring contracts or club options.

We'll have more on the tenure of Klentak and on the team's next step in the coming days.