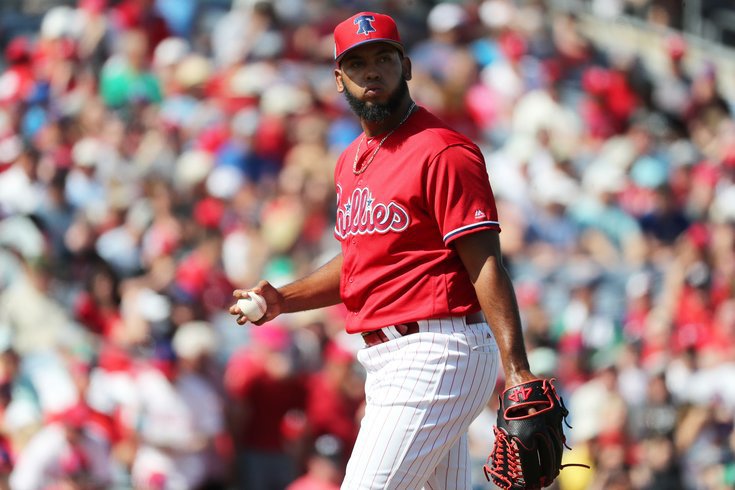 Philadelphia Phillies relief pitcher Seranthony Dominguez may miss the start of the 2020 season after aggravated an elbow strain that cost him the second half of last season. Dominguez was expected to be one of the Phillies' better options out of the bullpen.

Philadelphia Phillies reliever Seranthony Dominguez has suffered a setback on the elbow strain that ended his season last year. It may threaten to keep him off the mound for the start of the 2020 season.

Dominguez, one of the Phillies' best options out of the bullpen, reportedly aggravated the injury on Sunday when he pitched an inning in spring training against the Toronto Blue Jays, according to NBC Sports Philadelphia's Jim Salisbury.

After a promising campaign in 2018, Dominguez saw his speed and other statistics decline last season as he dealt with his injury. He did not return after July 5 last year, making just 27 appearances before his season ended.

It was thought that Dominguez may need Tommy John surgery for his strained ulnar collateral ligament, but he held off amid hopeful signs of recovery through the winter and into spring training.

The injury will leave the Phillies' already shaky bullpen in further doubt as the season opener looms on March 26. The team's top four options, with Dominguez unavailable, would be Hector Neris, Adam Morgan, Jose Alvarez and Francisco Liriano.