Pizzeria Beddia is included, but it didn't place the highest out of all the Philly spots 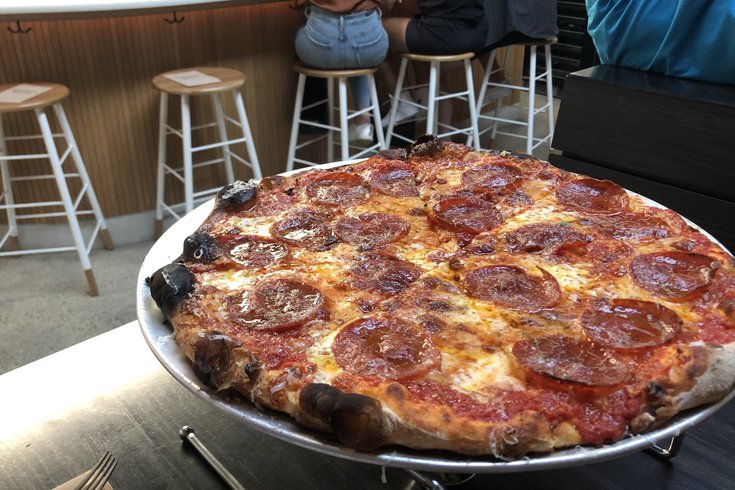 Pizzeria Beddia is included in a '101 Best Pizzas in America' list recently released by The Daily Meal. A rating of each restaurant's pizza sauce, cheese and crust contributed to the ranking.

Food website The Daily Meal is known for regularly ranking some of the best eateries in the U.S. in lists like "The Best Halal Restaurants in America" and "The Best Brunch in Every State." The site recently published what they consider the best American pizza places and several Philly businesses made the cut.

Pizzeria Beddia, Pizza Shackamaxon and Nomad Pizza Company were ranked in the "101 Best Pizzas in America" list released by the website.

Nomad Pizza Company in Bella Vista was ranked highest at No. 31, Pizzeria Beddia in Fishtown came next at No. 39 and Pizza Shackamaxon, also located in Fishtown, was placed at No. 63.

All of the restaurants are fairly new to Philly, opening within the last decade. Pizza Shackamaxon opened in 2018, and both Nomad Pizza Company and Pizzeria Beddia first stepped on the scene in 2013. Pizzeria Beddia closed its takeout-only shop in Fishtown in 2018, but then re-opened in a larger location the following year.

Once the list was created, The Daily Meal asked the chosen restaurants about their most popular items.

The Daily Meal praised Nomad Pizza for its small, wood-fired pizzas, and co-owner Tom Grim told the website that their margherita pizza is one of their most popular orders.

"That is like asking which flavor of ice cream is most popular. Vanilla is, and always will be for ice cream. For pizza, margherita will always be No. 1 by far," he's quoted as saying.

Pizza Shackamaxon is known for their individual slices of pizza which typically come in four flavors: tomato, pepperoni, plain and one weekly special. However, The Daily Meal said the long wait to get a whole pie is worth it.

The Daily Meal's list was made using customer reviews, news coverage and internal knowledge, reported Patch. A rating of each restaurant's pizza sauce, cheese and crust contributed to their placement on the list and ranking.