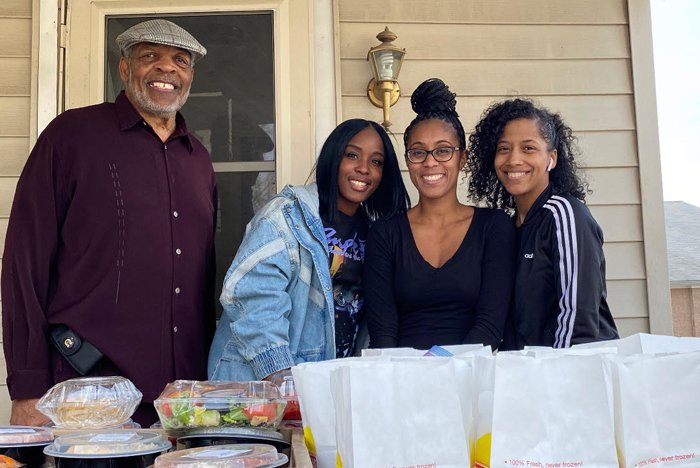 Volunteers for The DOT Organization are delivering food and medications to vulnerable residents of Winslow Township, New Jersey during the coronavirus pandemic. It's just one way Philly-area organizations are lifting community spirit as COVID-19 cases rise.

With all nonessential businesses shuttered to the public, entire refrigerator cases emptied of frozen vegetables and panicked residents hunting for bread and toilet paper, many not only miss the “luxury” of going out for a delicious meal – they worry about the fate of their favorite restaurants.

Washington Square’s Middle Child, praised as a “bright new player” in 2018, closed its doors to protect the health of its customers and employees a few days before the mandate limiting Philadelphia restaurants to delivery and curbside takeout.

Co-owner Matt Cahn said he “felt bad” about not being able to work, mostly because nearby Thomas Jefferson University Hospital’s doctors and nurses, once frequent diners at his gourmet sandwich shop, were now working round-the-clock shifts in order to maximize patient care while minimizing exposure.

Cahn decided he had to do something to help the city’s health care workers as well as his employees, who he’s determined to keep on payroll for as long as possible. So he took to social media, encouraging the restaurant’s 17,000 Instagram followers to donate sandwiches to the tired, hungry health care workers leading the city’s fight against COVID-19. 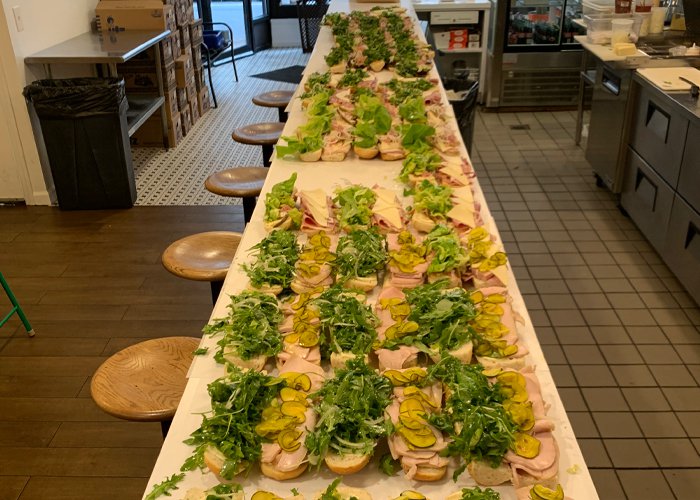 The response, he said, was overwhelming. In just one week, Philadelphians donated more than $15,000 to support the cause. Cahn, who personally makes each sandwich, told PhillyVoice that for every $500 raised, he donates 25 Middle Child sandwiches – which ordinarily cost about $12 each – to feed a deserving hospital department. The rest of the remaining money goes toward paying his employees.

“What makes it special is that, with the money we've raised, I'm able to keep my employees on payroll for another two weeks,” he said.

As long as donations keep rolling in, Cahn said he’s feeding one to two hospital departments each day, Monday through Friday.

“How it works is someone from a hospital department reaches out, then I take their information and assign them a day when we’ll have lunch for 25 people waiting for them to come and pick up,” Cahn said.

So far, Cahn said more than 70 hospital departments have asked to be placed on his sandwich list, which is first come, first served.

In addition to feeding Philadelphia’s healthcare workers, Cahn is using his social media platforms to raise awareness about the seriousness of COVID-19. A millennial himself, he said he was alarmed to see so many young people ignoring social distancing guidelines and overcrowding bars and restaurants up until the day the city shut down.

Cahn’s father is the former mayor of Cherry Hill, New Jersey, where one person has already died of COVID-19. In Camden County, hundreds of other confirmed positive patients – many under age 50 – have either been hospitalized or instructed to self-isolate at home. 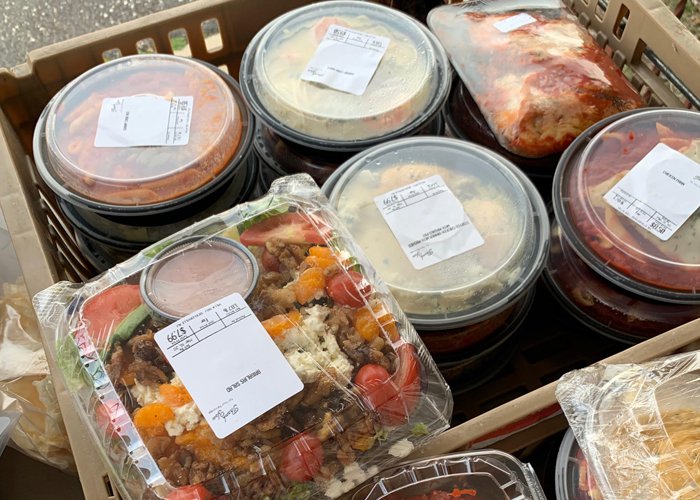 The DOT Organization in Winslow Township, South Jersey is distributing curbside meals to vulnerable residents during the coronavirus pandemic.

Barry Wright is the mayor of Winslow Township, New Jersey, where some of Camden County’s most recent COVID-19 cases, including two deaths, are being reported. To keep the virus from spreading further, Wright said his community is banding together to help its most vulnerable residents access food and medication while maintaining strict sanitation measures and appropriate social distancing. These efforts are being spearheaded by local community group The DOT Organization and its president, Bobby Harris.

Each Wednesday, the organization's Sicklerville Road location is distributing curbside food donations provided by local business owners like Tina Briglia, owner of the Villa Deli and Brigalias Catering. Local volunteers, including Detective Aquasia Davis of the Camden County Prosecutor’s Office, have been collecting donations and distributing them to the DOT facility.

Wright said the Winslow Township Department of Public Works is also prepared to dispatch employees to retrieve medications for residents who are self-quarantined or otherwise unable to leave their homes.

“If they call us and tell us which pharmacy their medication is at, we’ll take care of it from there,” he said.

Having served as mayor for the past nine years, Wright, who spent the previous 25 years as a police officer, said he’s never seen anything impact his community like COVID-19. He believes that the outpouring of support from Winslow Township’s residents, restaurants and volunteer organizations points toward a positive outcome.

“We can get through this if everybody works together," he said. "The biggest thing now is keeping everyone inside, but not letting them panic. Providing food is a big part of that.” 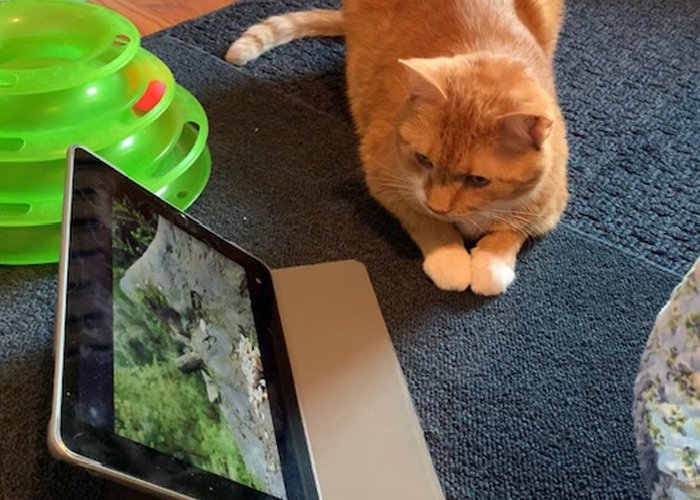 Plenty of people are seeking to adopt dogs and cats, like the Sebastian, during the COVID-19 crisis, according to the Pennsylvania SPCA.

Animals need help surviving the coronavirus crisis, too. Julie Klim, who is CEO of the Pennsylvania SPCA, said more people are calling to foster shelter animals now than ever before, while donations to PSPCA’s Emergency Relief Fund are helping to provide lifesaving veterinary services.

Community support is especially crucial now, Klim said; since spaying and neutering surgeries are currently suspended because they’re considered nonessential, she expects there will be a springtime explosion of shelter pets into the city’s system.

The good news is that social distancing, remote work, and remote education have made it possible for many more people to foster shelter pets. Klim emphasized that cats and dogs make especially good companions for people who are otherwise sheltering in place alone.

Ultimately, Klim echoed the good will of so many Philadelphia-area residents and business owners: “I think we’re all searching to be part of the community again. Volunteering is a win-win for everybody.”