Larry Krasner: Philly is ‘very close’ to ending criminalization of all drug possession 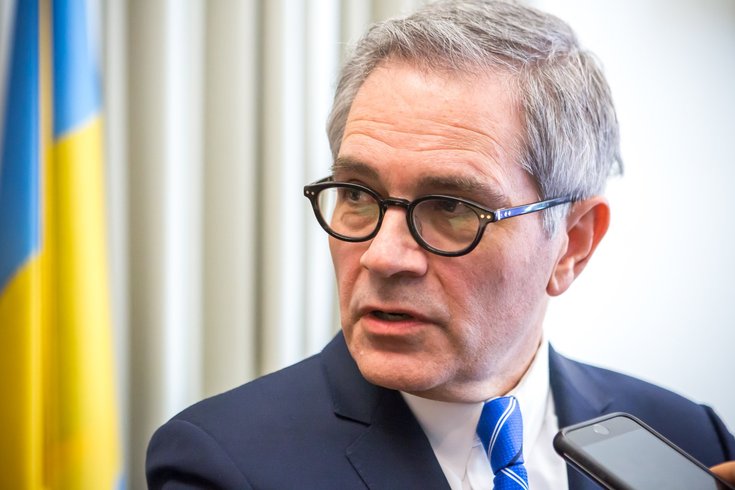 Philadelphia District Attorney Larry Krasner talked about his office's plan to stop charging people with drug possession offenses in Philadelphia, noting that there is a difference between the people using narcotics and those charged with drug distribution.

Krasner, appearing on “Axios on HBO” on Tuesday evening, explained that the policy change would reflect the idea that drug possession is different than drug dealing.

MORE: When, where to see Joe Biden’s first 2020 campaign rally in Philly

“It’s different than carrying a bunch of drugs that you intend to sell or deliver later,” Krasner said during his appearance on the show. “It’s just possession. So we are talking about people who are using drugs, the vast majority of them suffering from addiction. I do not see value in convicting people like that.”

You can watch a snippet of Krasner’s appearance below:

In early 2018, Krasner’s office made the same change to cases of marijuana possession.

Rather than facing incarceration or accruing a criminal record for drug possession, Krasner’s office told Axios, the goal of a potential new policy — which his office said is not finalized, and does not currently have a timeline for being rolled out — would be to divert drug users to treatment programs or community service participation.

Criminalizing drug possession, Krasner said, makes finding a job, buying a home, or receiving a loan for education harder than it needs to be for drug users.

Possession of a small amount of heroin in Pennsylvania is currently punishable by a misdemeanor conviction, along with up to one year in jail and/or a fine of up to $5,000, according to Philadelphia criminal defense trial attorneys M.J. Snyder.

If enacted, Krasner’s policy would be the first of its kind in the United States.