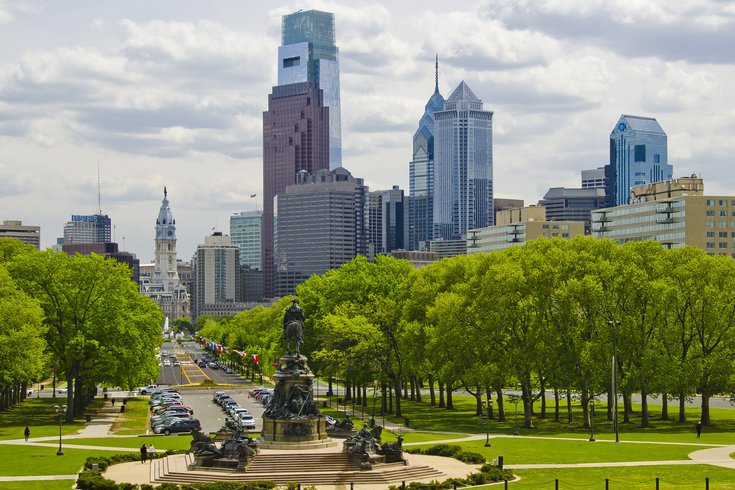 A tent encampment at Von Colln Memorial Field on the Benjamin Franklin Parkway is part of a protest demanding action from Philadelphia to rectify housing policies and offer solutions for the city's homeless population.

Philadelphia city officials are seeking a resolution with the organizers of an encampment on the Benjamin Franklin Parkway, where a community of tent dwellings have been set up amid demands for action to assist the homeless population.

The encampment was organized last week by the Workers Revolutionary Collective, the Black and Brown Workers Cooperative and Occupy PHA. These groups have published a list of demands, including the camp's sanctioning as a legal site and its establishment as a "no police zone" until more permanent housing solutions are determined.

They need bodies on the ground to hold it down. Please make it out if you can. Details below: pic.twitter.com/fCgLeqND2r

Demands from the Philly encampment: pic.twitter.com/OaF9MzAUCO

I walked by the growing encampment in #centercity #philly Participants are protesting conditions for the homeless, while showing support of #blm. @TrangDoCBS3 has a LIVE report coming up @CBSPhilly pic.twitter.com/1K9IymCQYW

Today’s updated needs at Lakay Nou encampment at 22nd and the Parkway. Note that residents are okay on actual tents but still need some tarps and tent accessories! pic.twitter.com/WqIkpK7Rl4

The Lakay Nou ("Our Home" in Haitian creole) encampment is both a protest and a dwelling site for homeless individuals, who have been displaced with greater severity during the coronavirus pandemic. A previous encampment outside Philadelphia International Airport was cleared by the city over the past month.

"The city respects the right of people to protest peacefully," officials said in a statement. "However, tent encampments often pose a health and safety threat, and are specifically prohibited on park property."

During the pandemic, the city has signed contracts with three hotels — two in Center City and one by the airport — to provide quarantine and isolation space for at-risk populations. The availability of these rooms to homeless individuals largely has been limited to seniors.

City officials said these hotel rooms will be available to individuals over 65 years old or with underlying conditions, but many at the encampment and in the broader homeless population don't meet those criteria.

Occupy PHA has been critical of the Philadelphia Housing Authority's private police force and the prevalence of crime around these facilities, as well as the failings of federally funded projects to transform neighborhoods such as Sharswood.

Protesters who formed a previous encampment outside the PHA headquarters in Sharswood in June 2019 were evicted by law enforcement officers.

The protesters are demanding that the city transfer ownership of vacant PHA property to a land trust operated and administered by the Workers Revolutionary Collective. They also have demanded an end to service days, encampment resolutions and homeless sweeps that move unhoused people from place to place.

City officials said that homeless outreach workers who have visited the encampment have been asked to stay away. The city's statement says the encampment organizers have "recruited" homeless individuals to join their cause.

Occupy PHA organizer Nadera Hood explained that inhabitants of the encampment do not believe outreach groups have provided viable solutions in the past. Hood said these groups have instead collaborated with the city and police to dismantle encampments.

The city is reviewing updated demands from the protest organizers.

"We understand that the encampment is a protest and we want to work toward a peaceful and equitable solution," officials said. "At the same time, everyone recognizes that this is not a long-term solution to homelessness and we are concerned about the safety and health of the individuals there. We look forward to talking with members of the encampment to come to some accord."