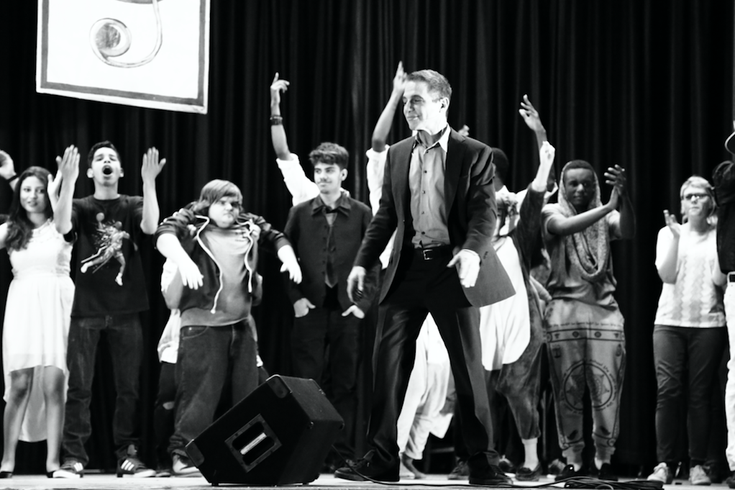 Back in 2009 Tony Danza, the actor best known for his lengthy turns on the classic sitcoms "Taxi" and "Who’s the Boss," made an unusual career move: He decided to pause his acting career for a year and become a 10th grade English teacher in Northeast Philadelphia.

Danza had studied education as a younger man and had always wanted to teach, but at first, he pursued other careers – first boxing, and later, Hollywood. But Danza dived into teaching and took it seriously, using his teaching stint for a 2010 A&E reality series ("Teach: Tony Danza") and the 2012 book, I’d Like to Apologize to Every Teacher I Ever Had: My Year as a Rookie Teacher at Northeast High.

Danza’s teaching career only lasted one school year, but he’s kept in touch with the school, most notably in hosting an annual talent show that helps raise money for Northeast High and its various extracurricular activities. Danza spoke to PhillyVoice about the event, which will take place for the seventh time in April, as well as his career, his favorite things to do in Philly, the state of American schools and a certain other Philadelphia project of his.

What led Danza, after decades of various forms of fame, to spend a year working in a city school?

“The impetus and the desire to go do it was because I could smell 60 – I better do this before I can’t do it anymore,” the now 66-year-old Danza said.

The show wasn’t a pure TV stunt. Danza actually got his teaching accreditation, and famously taught most of the second semester without the cameras present.

Spending a year in the schools was an eye-opening experience for him.

“The conventional wisdom – that there is nothing good going on with the public schools – I’m here to tell you that there are thousands of miracles that happen there every day,” he said.

He implored Betsy DeVos, the U.S. Secretary of Education and a noted skeptic of traditional public education, to spend some time teaching in public schools. Another thing Danza noticed during his year at Northeast High was that it lacked a talent show, so he hosted one, and has been back every year since to do it again. This year's show takes place on April 26.

“It started out because when I taught there, I found out the teachers had never had a talent show, so we put it on for the kids,” Danza said.

“Then I decided I needed to stay connected with the school after I left. The school needed money to keep the programs alive.” 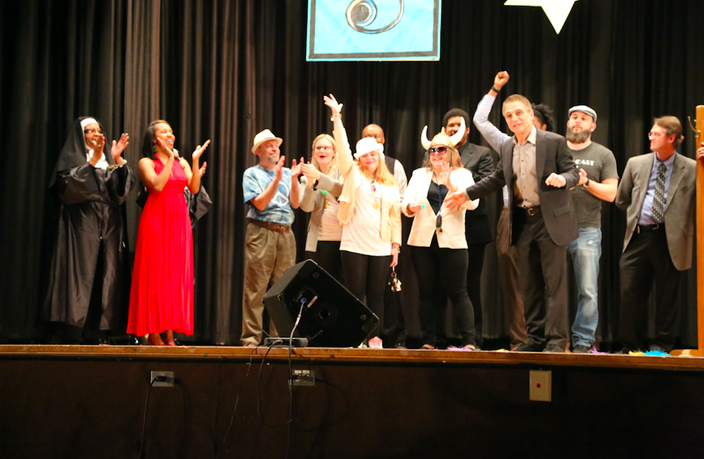 Each year, the talent show has raised money to help Northeast High pay for various extracurricular programs. The event will have a teachers vs. students format.

“What we want to do is showcase the kids and what a great student body we have at Northeast High School, while also giving students and teachers a chance to see a different side of each other," said Danza.

As for Danza, he’ll once again host the event, while also promoting it and participating in at least one musical number.

“It’s every Italian’s fantasy – a microphone, a tuxedo and a spotlight," he laughed.

During his year in Philadelphia, Danza famously lived at the Piazza at Schmidt’s in Northern Liberties and was seen often around town. He said he favored Steve’s Prince of Steaks, as well as the Country Club Diner on Cottman Avenue, near the school. The onetime boxer also enjoyed his visits to the Blue Horizon, the famed, since-shuttered boxing gym on North Broad Street.

Of course, Danza is also known for another Philadelphia project. He starred in the 1998 Disney TV movie, “The Garbage Picking Field Goal Kicking Philadelphia Phenomenon,” the Vince Papale-like story of a local garbage man who, through an unlikely turn of events, becomes the kicker for the Philadelphia Eagles.

It’s every Italian’s fantasy – a microphone, a tuxedo and a spotlight."

As a fictional ex-Eagle, Danza said he was happy to see the team finally win a championship, even though the Brooklyn native roots for the New York Giants.

“The Cinderella story – it’s so much going on there, it’s unbelievable. I’m sure [the Super Bowl win] was really good for the city.”

He said he had been meaning to send a congratulatory note to Eagles owner Jeffrey Lurie.

Next up for Danza is a new Netflix cop show called, "The Good Cop," in which he co-stars with singer/actor Josh Groban as father-and-son policemen. The show, which arrives in September, comes from "Monk" creator Andy Breckman, and Danza compares it to "Columbo."

Overall, Danza is excited to remain involved with the school – and the city – that welcomed him back in 2009.

“I just liked the community, I just felt really at home, and not only did they accept me, but I just felt like I was home."