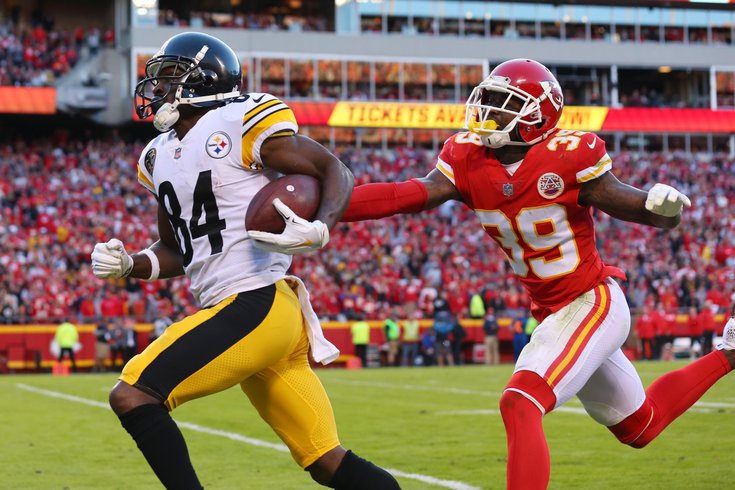 What is the line telling you: As of right now, there’s been no movement on a side. The total of the game is stagnant. This one is a tough one to call. Anytime a bookmaker is begging you to take a side here, like the Eagles with such a short line, you have to be wary if Tampa Bay is for real. They upset the Saints when they were double-digit underdogs, and now Philadelphia is coming off of a win against a strong Atlanta team — we haven’t picked a side or a total yet. There’s no edge.

Bottom line: If anything, the lean is toward the Eagles.

What is the line telling you: The Chiefs are coming off a 10-point win on the road, after being a 3-point underdog against the Chargers last week. The bookmakers originally liked the Steelers minus-4, and that’s gone to 4.5. As good as the Chiefs looked in their 10-point win over San Diego last week, their win is deceiving. The Chargers had 14 more first downs, 179 more total yards and Philip Rivers threw for over 400 yards. The Chargers owned the time of possession by over nine minutes against a really bad Chiefs’ defense. The two Chargers’ turnovers were huge, as was the 91-yard punt return.

Bottom line: The smart money likes Pittsburgh minus-4.5 and the over, and feel the Chiefs are overvalued.

What is the line telling you: This opened with the Falcons being a 5.5 favorite against Carolina, with the total at 44. The sharp money laid the 5.5 on the Falcons, which forced bookmakers to move the line up to 6. Even though the Panthers looked good in beating Dallas, they lost their tight end Greg Olsen and linebacker Luke Kuechly is banged up. Don’t be surprised if Atlanta closes at 7.

Bottom line: The smart money likes Atlanta and the over.

What is the line telling you: We immediately saw some market manipulation with the total here. It started at 46. The wise guys buried the over and moved the line to 48.

Bottom line: The smart money likes the over at 48.

The Line: Gennady Golovkin minus-175 over Canelo Alvarez

What is the line telling you: We think Golovkin will try to take this fight out of the hands of the judges after the first fight.