The Philly NIL Act would provide educational materials on NIL deals to students and their families including information on the likelihood of acquiring a NIL, the benefits as well as risks of a deal, and guidance on the various types of NIL deals

By Brian A. Saunders
PhillyVoice Staff
City Council Politics
from 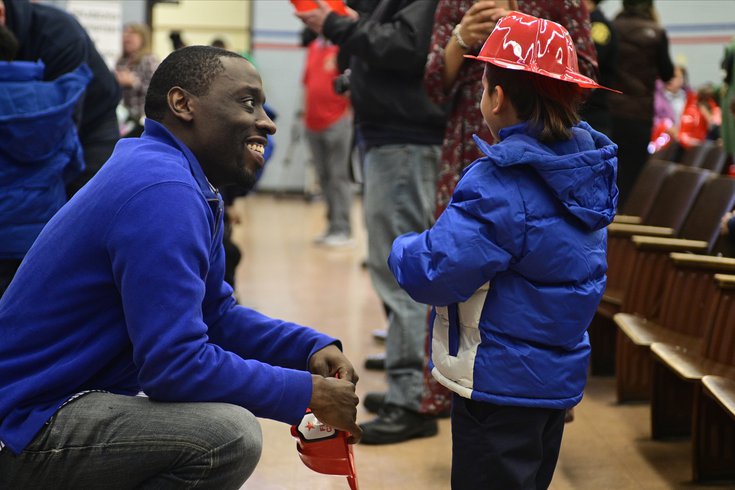 Philadelphia City Council member Isaiah Thomas is the boy's basketball coach at Sankofa Freedom Academy, which means he is well aware of the pressures surrounding teenage athletes, especially as the ability to profit off their name, image, and likeness becomes more widely available.

Thomas introduced the NIL Youth Protection Bill, which will provide financial literacy, risk assessment, and educational materials to help guide high school student-athletes and their families on the dangers of NIL deals.

The bill would also set up the Philly NIL Youth Protection Fund, which would allow families and student-athletes with the chance at signing NIL deals the opportunity to meet with a city-vetted lawyer or accountant to assist with negotiating or signing deals.

The fund will be accessible to Philly residents whose families make less than $150,000 a year and will pay for at most five hours of service.

"NIL deals are coming to high school athletes. Philly can lead by providing proactive safeguards to these families," Thomas said. "By putting financial and consumer education at the forefront of these deals, Philly is sending the message that you can play, work and grow here."

NIL refers to the ability of NCAA athletes to use their name, image, and likeness to profit. This shift is different from the decades-long amateurism status that denied student-athletes the ability to profit off themselves and maintain eligibility to play sports.

In 2019, California became the first state to allow athletes to profit from themselves when it signed Senate Bill 206, also known as the "Fair Pay to Play" Act.

On July 1, 2021, the NCAA adopted the NIL allowing its student-athletes to monetize themselves through deals or merchandise. However, NIL has caused quite a commotion as there are no federal guidelines or legislation to protect athletes, and rules vary from school to school and state to state.

On the contrary, 15 states have prohibited these deals.

The Pennsylvania Interscholastic Athletic Association does not allow these deals, but that may change soon. In July, a plan to allow high school students to profit from NIL deals was approved on first reading by PIAA.

"We are expecting PIAA to allow student-athletes to receive NIL deals," PIAA District XII Chair Micahel Hawkins. "PIAA is excited to see youth athletes rise to fame in Philadelphia, but we need to make sure this is done responsibly."

Thomas' legislation, co-sponsored by eight other City Council members, was referred to a committee to be considered.