Philly restaurants can expand indoor dining capacity to 50% on Friday 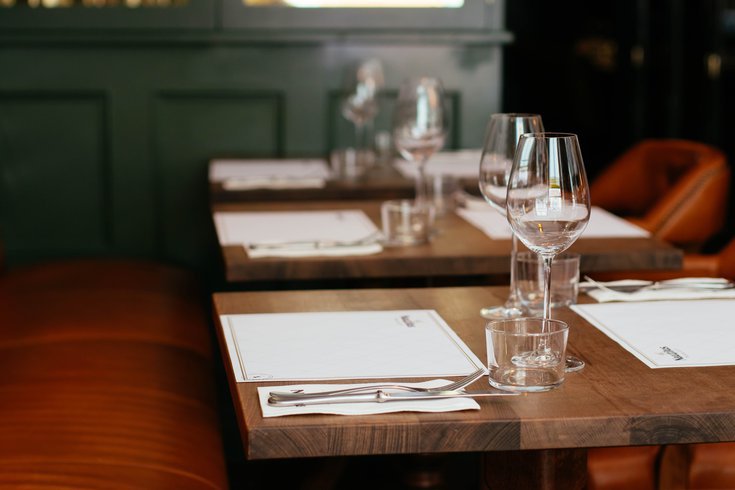 As of Friday, Oct. 2, indoor dining at Philadelphia restaurants will be expanded to 50%. Health commissioner Dr. Thomas Farley says restrictions may be further eased if progress continues in reducing the spread of COVID-19.

Restaurants first reopened indoor dining at 25% capacity on Sept. 8, but the city maintained that level when the rest of Pennsylvania loosened restrictions to 50% on Sept. 21.

"The falling case counts we’re seeing show the success of our strategy," Farley said Tuesday. "I said that we would scale back our restrictions slowly and carefully if case counts continued to fall, and we’re doing that now. If folks continue to follow our guidance, I believe that we will be able to relax more restrictions."

To expand indoor dining, Philadelphia restaurants will be required to complete a self-certification mandated by the state that ensures compliance with Centers for Disease Control and Prevention safety guidelines.

In Philadelphia, indoor dining will remain limited to four people per table. All members of each table must be seated at least six feet from diners at other tables. Servers will be required to wear both masks and face shields. Restaurants are encouraged to improve ventilation indoors and maintain outdoor dining as much as possible as the weather turns.

Farley said restrictions on bar service will remain in effect.

"I'm sympathetic to the bars and restaurants that are losing revenue through this. It's really been tough on them," Farley said. "On the other hand, we absolutely know that bars are high-risk situations. They're clearly higher-risk situations than restaurants. There are lots of examples around the country of rapid spread within bar situations — around the world as well."

There's no evidence that shutting down bars has led to more parties and transmission through get-togethers for drinking, Farley said. He pointed to an outbreak in Pittsburgh over the summer that had been linked to bars. As soon as they were closed, case counts began to fall again.

The decision to limit indoor dining tables to four people is intended to encourage only people from the same household to take advantage of the offering. While Farley acknowledged that families larger than four would not be able to dine indoors together, he said the goal is to discourage groups of friends from other households from going out to eat.

As the winter months approach, the city's commerce department is in communication with restaurants to consider weatherizing outdoor locations to extend outdoor dining opportunities, as long as sufficient ventilation can be preserved.

Philadelphia reported 59 new cases of COVID-19 on Tuesday, bringing the citywide total to 36,887 since the start of the pandemic. There were 376 previously unidentified cases in Philadelphia between March and August that were added to that total, but they do not reflect Philadelphia's current progress.

One new fatality was reported Tuesday, bringing the city's death toll to 1,801, including 889 nursing home residents.

The city will begin reporting cases based on the date of sample collection rather than the date tests were run at labs. Farley said this will provide a more accurate picture of transmission going forward.

Last week, going by the date of sample collection, Philadelphia averaged 74 new cases per day and a test positivity rate of 2.5%. Those numbers were both similar to the week prior and continue to show a trend of lower case counts in the city.

The health department's observations on mask use, however, show that Philadelphia residents may be slipping in their adherence to the mandate.

Last week, inspectors observed about 76% of Philadelphia residents wearing masks on commercial corridors and as they exited retail establishments. That's down from rates that were in the 80-90% range last month.

"That may just be random variation from week to week in our observations, but it definitely is reason for our concern," Farley said. "We need to keep this up, especially as the weather gets colder and people move inside."