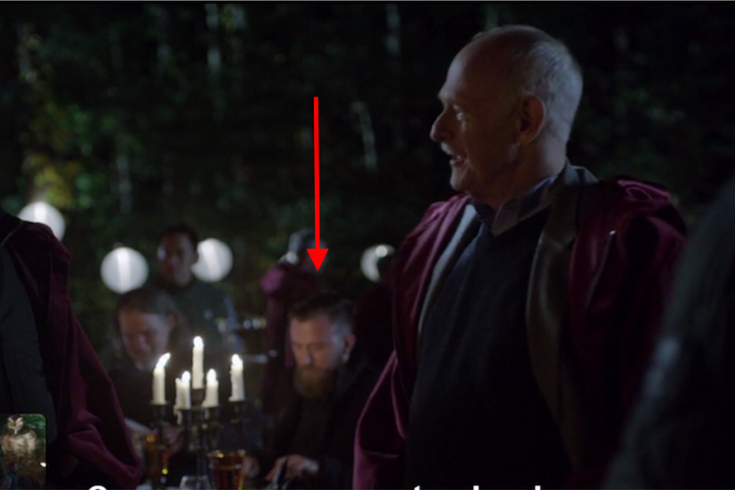 Screengrab from Netflix/Courtesy of Dave Mytek

Dave Mytek, of East Falls, crossed an item off his bucket list by being an extra in the latest season of Netflix's 'House of Cards.'

Sometimes, crossing off bucket-list items means you’ll end up before millions of eyes eagerly trained upon the return of a highly touted Netflix series.

Such is the lesson learned by a friend who told me about how he landed as an extra in an episode of "House of Cards’" fifth season, which premiered online Tuesday.

Dave Mytek is a 32-year-old West Chester native who lives in East Falls. We cross paths at the neighborhood watering hole – Billy Murphy’s Irish Saloonery – often talking about politics and the like.

He’s not an aspiring actor, but he always wanted to be an extra in a movie or television production so, last year, he set out to make that happen.

The end result is appearing on screen several times in the eighth episode of the new season.

Binge-watchers may have already seen him play the part of “billionaire's party attendee.”

He and I conducted a brief Q&A about the experience on Wednesday morning.

Here are the loosely edited results of that conversation, but keep in mind that there are some minor plot points given away (so let this serve as a spoiler alert):

How did your 'House of Cards' involvement come to be, Dave?

It started out as an item on a miniature bucket list last summer. I wanted to be an extra in a movie, so I reached out to the Greater Philadelphia Film Office and I ended up filming one scene of an indie film. When I was there, I asked the crew if they needed help with any other scenes. They urged me to apply for the "House of Cards" shoot. 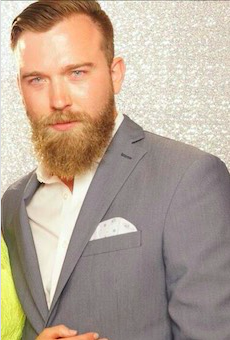 Dave Mytek, an East Falls resident, is an extra in the latest season of Netfix's 'House of Cards.'

I applied for casting, and they told me I have the right look, a 'billionaire Elon Musk' look, and TV and film is all about the look.

We filmed a “Billionaire’s Club” scene for three days in a forest in Maryland, outside of Baltimore. It was at the end of last October.

Day One on set, it was a lot of hurry-up-and-wait type of stuff.

Kevin Spacey was there, and other main characters were, too. The set was absolutely massive. There were 100 people behind the scenes.

Being a professional set, it’s all about people’s comfort. There was a caterer there from California because that’s what they’re used to. They feed you. When I went to wardrobe, I saw Kevin Spacey wandering around in there.

Extras are the bottom of the barrel. Stand here. Stand there. Wait for your time.

Getting to watch Kevin Spacey act, I get why he makes a million (dollars) an episode. When he’s on set, people act differently. He’s God, almost.

The opening scene of Episode 8, Season 5 is pretty cool. It takes place in the woods, at a Boy Scout camp they used in season two or three. The camp was transformed to look like the Bohemian Club in the Redwoods of California.

There was a "Cremation of Care ceremony." We burned a fake Plaster of Paris body. There was a 30-foot crow, hollow but mimicked concrete. It's the stuff that's put on chicken wire at like theme parks and then painted to look like rock.

It’s so realistic, the fake ways that they portray the Bohemian Grove on TV. On the show, they call it Elysian Fields instead of Bohemian Grove. It was really impressive on set. The set was out of this world.

I had a chance to talk to Colm Feore, the lead antagonist in “Chronicles of Riddick.” He plays Gen. Brockhart, one of the VP candidates on 'House of Cards,' I think.

I didn’t get to talk to Kevin Spacey, but I was able to be on the receiving end of a conversation during a (pre-shoot) huddle. There was eye contact, but we didn’t talk. I was standing right next to him in a huddle when he was in character as Frank Underwood. The ring taps. Everything.

It was a little surreal to be that close to a character you’ve watched for four seasons. He’s not a method actor, but he was an Underwood presence on set. Watching him, people had the utmost respect.

We’ve talked a lot about politics over the years. How does the show itself play into the current climate, particularly from your political vantage point?

I can see why the elites gather at Bohemian Grove and talk about world politics behind the scenes. It’s kind of scary, really.

"House of Cards" is obviously always commenting on politics. The Petrov character is a parallel to Vladimir Putin. The correlations between the Clinton family and their rise to power.

What was really eerie about it was the shoot was just before the (presidential) election. Being there, and being unsure of where the country was going, doing a mock sacrifice, was a little weird, I’m not going to lie.

"Being there, and being unsure of where the country was going, doing a mock sacrifice, was a little weird, I’m not going to lie." – Dave Mytek

It’s not a conspiracy theory. I like to believe in things that actually occurred, and this has. We’re talking ex-presidents, governors, people that meet every July. It’s weird.

My time on screen is very short (laughs). There are a couple scenes that, when I watched it, I said, ‘Oh, that’s me!’

(A mutual friend) Dan McGlaughlin pushed me to do it when I told him about the chance. Being an actor himself, he told me to definitely do it, that I’d love it, that it’s a great experience.

Dan put it best: When you’re an extra, you’re just ‘meat for the screen, screen meat.’ It’s not about face time; it’s just about getting on screen.

No, I’m not going to become a professional actor, now. I’ll still be an extra when I can, though. It’s just a lot of fun.