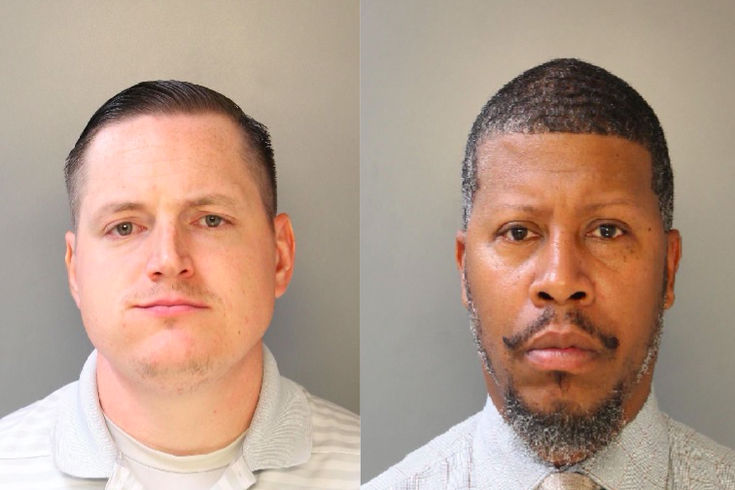 Officers Matthew Walsh and Marvin Jones are facing multiple charges stemming from an encounter with a man in the Mount Airy section of the city.

Walsh and Jones were assigned to the 14th District when they stopped a man at around 10:10 a.m on April 14 for "apparently using narcotics," authorities said.

The officers' paperwork states the man was frisked because he failed to take his hands out of his pockets. He then was allegedly placed in handcuffs and driven around by the officers for approximately 15 minutes before being released near the area of the original encounter.

Not long after the incident, the man filed a complaint against the officers.

When investigators reviewed surveillance video from the area, they determined the Walsh and Jones could not possibly have spotted the man using narcotics.

The man, who police said had cooperated during the stop, had prescription medication removed from his pants pocket during the search. Walsh and Jones failed to note this in their investigation report, according to investigators.

The internal affairs investigation determined the two officers stopped the man without reasonable suspicion or probable cause. Surveillance video led authorities to the conclusion that the officers falsified the Vehicle/Pedestrian Investigation Report that they prepared and submitted.

Both men were arrested Wednesday and charged with criminal conspiracy, false imprisonment, tampering with records, obstruction administration of law and official oppression. They have both been suspended with intent to dismiss at the end of 30 days.