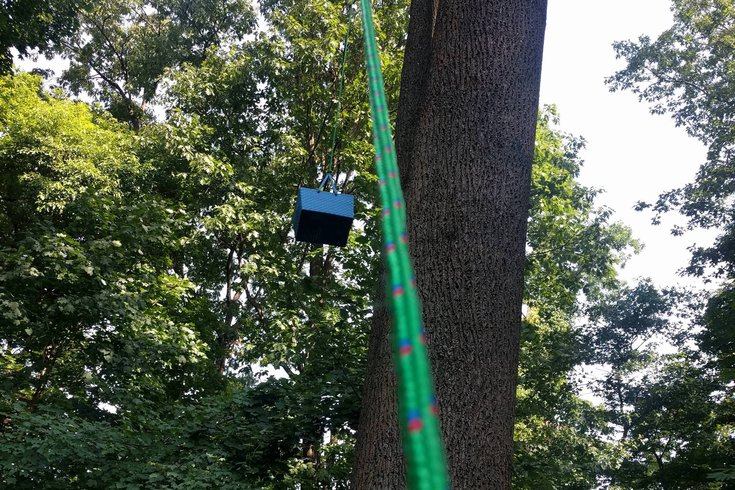 Friday morning, Jonny Perez went to Fairmount armed with a Nerf Vortex football from his beach things, some blue-and-white yarn, wet cat food, and a basket.

Philadelphia's subreddit, /r/philadelphia, can often be cantankerous and wry. It's rife with witticisms and snark, plenty of which is deserved. But a desperate post on Wednesday set off an inspiring two-day campaign to save a very small cat from a tree in Fairmount Park.

So we don’t leave you in suspense, here’s the ending: The very good cat was saved by Jonny Perez of Green Street Rescue, a local non-profit focused on protecting and rescuing stray and homeless cats.

Here’s a picture of the cat, enjoying a post-rescue drink: 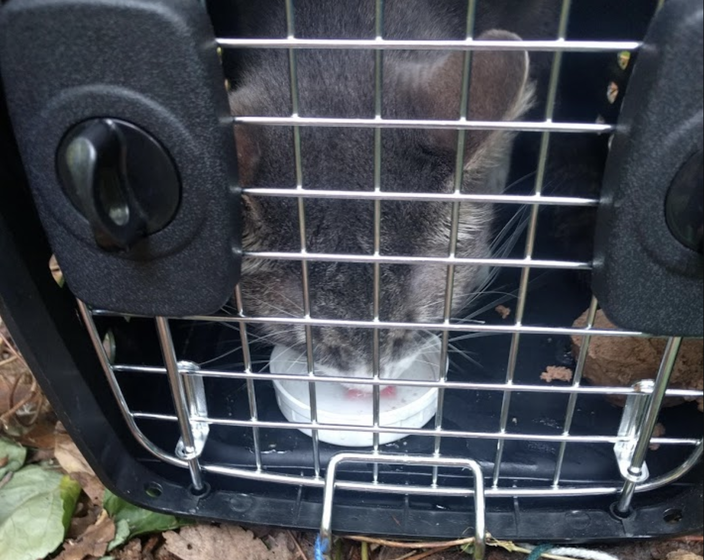 Snoo, the cat rescued from high in a tree in Fairmount park by Green Street Rescue, is seen here drinking some water post-rescue. The exploits of the cat were chronicled by users on Philadelphia Reddit on Thursday.

And now for the tale (tail?) of Snoo the tree cat.

It all began with a post from megzellaneous420 titled "HELP!!! Kitty stuck in tree in Fairmount Park!” Megzellaneous said she and her friend had been walking on the crossbow trail in Fairmount Park and heard a “distressed meowing,” which led them to the cat. That original post can be read below.

HELP!!! Kitty stuck in tree in Fairmount Park! from r/philadelphia

Megzellaneous said she called Philadelphia Animal Care & Control, but hours passed and no one had come to lend a hand.

Another user, cheesesteakguy, was going to offer use of his ladder until they determined his tallest ladder (10 feet) wouldn’t be able to reach the cat (estimated, by Megzellaneous, to be about 25 feet up).

Around this time, the cantankerous redditors we’d mentioned earlier showed up.

“Any cat worth its salt should be able to walk right down that dead tree,” rebiredd wrote. “I seriously think you’re out of your mind if you pay a cat rescue service hundreds of dollars to rescue this cat.”

This is when Perez entered the fray. Perez told PhillyVoice on Friday it was actually his wife who discovered the initial Reddit thread, and suggested they try to help. Perez, who lives in Brewerytown, said he figured he’d give it a try. 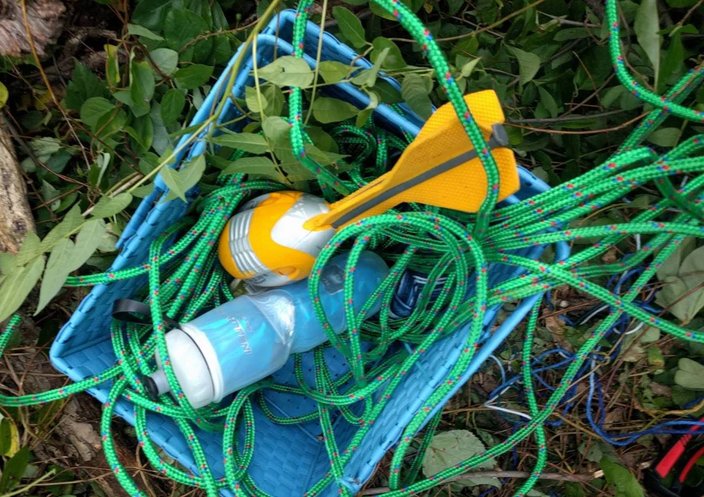 So he hopped on his scooter, went to ACE Hardware for rope, and went over to the park, he said. He estimated the cat was about 40 feet up, he said, making it unlikely the cat would be able to get down without hurting itself.

Perez tried Thursday to get the rope and some nearby sticks up to the branch, but no luck, he said, noting he's played softball for 10 years so “my arm’s not bad.”

Friday morning, Perez went back to try again, this time armed with a Nerf Vortex football from his beach things, some blue-and-white yarn, wet cat food, and a basket.

The cat — who Perez called “Snoo the tree cat” — figured out what Perez was trying to do, jumped into the basket Perez had hoisted into the air, and was safely lowered on the ground. Then Snoo tried to walk away.

But Perez said Snoo seemed appreciative of the water and food after his long ordeal in the tree, and /r/philadelphia was thrilled to learn of his safe return to ground level.

We did it Reddit! Cat is rescued! from r/philadelphia

Snoo is headed to a veterinarian Friday evening and, if he's healthy, will be up for adoption Saturday.

Occasionally, the Internet can still be good.