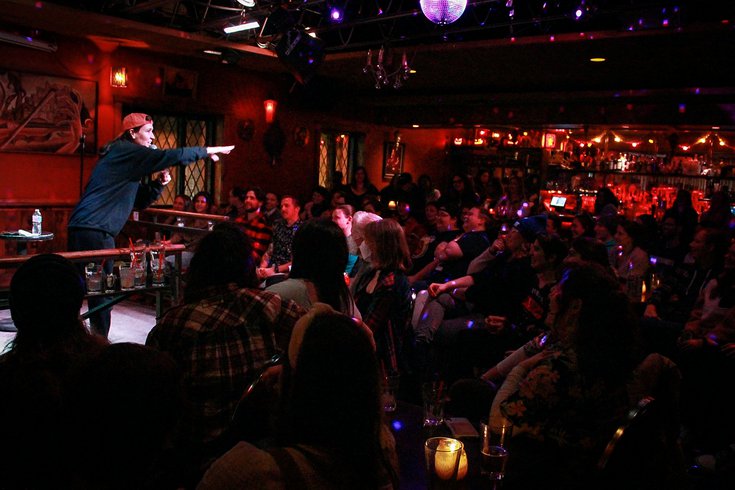 Chanel Ali, a Temple grad, Gavin Matts, Jacob Williams will each headline shows as part of Next In Line Comedy's new lineup of performances in December and January. Tickets for each show are $10 online or $15 at the door, pending availability.

Next In Line Comedy has a new lineup of stand-up comedy shows in December and January – including a performance from a Philadelphia-native. These shows follow the new comedy collective's successful opening run in the fall.

First up this month will be Gavin Matts, a New-York based comedian who’s performed on Comedy Central and "Conan." He'll be on stage at The Victoria Freehouse in Old City on Saturday, Dec.11.

A week later, catch Chanel Ali at Franky Bradley’s in Center City on Saturday, Dec.18. Ali grew up in North Philly, went to Temple University and is now based in New York City. She has been featured on Comedy Central, MTV, and TruTV. She also just wrapped up her first one-hour television special for EPIX.

In the new year, head back to Franky Bradley’s on Saturday, Jan. 22, for an evening with Jacob Williams. This rising comic regularly tours across America and has performed on "America’s Got Talent," "The Late Show with Stephen Colbert," "Adam Devine’s House Party," "Roast Battle," and 11 seasons on MTV’s "Wild ’N Out."

Tickets for all three shows can be purchased online for $10 or at the door for $15, pending availability. Proof of vaccination is required for entry at each venue.

Next In Line Comedy is a collective started by Tyler Wolf and Manny Brown to provide stand-up comedy fans with opportunities to see quality up-and-coming comedians perform live at reasonable prices.

Next In Line Comedy’s Upcoming Shows