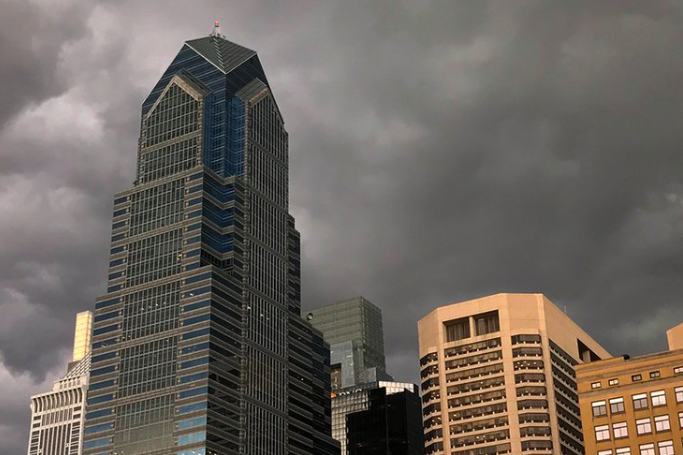 Less than two weeks after a tornado warning shook the Philadelphia region awake, the area could be in for more twisted weather Friday.

“Several rounds of showers and thunderstorms will affect the area during the day (Friday) into this evening. Some of these could be severe and produce damaging winds with isolated tornadoes also possible. The greatest risk for severe weather will be with a line of storms likely to move through during the late afternoon through the first part of this evening. The greatest risk areas for severe weather will be across southeastern Pennsylvania, southern New Jersey, Delaware, and portions of eastern Maryland.

“For areas mainly along the I-95 corridor and points north and west, heavy rainfall with storms may result in some urban flooding and localized flash flooding.”

A little after noon on Friday, the NWS Mount Holly Twitter account tweeted out an updated map for Friday evening’s storms. The account said its Storm Prediction Center was upgrading the Philadelphia, Delaware, and South Jersey portions of the forecast area to “enhanced risk” for severe weather:

Conditions are looking even more favorable for severe weather later today, thus the Storm Prediction Center has upgraded the southern portions of our forecast area to an enhanced risk. Stay weather aware throughout the day! ⛈️⚡#PAwx #NJwx #MDwx #DEwx pic.twitter.com/HHqMFmfTJG

In case the tweet doesn’t load, the potential impacts for the “enhanced risk” area include damaging wind gusts up to or greater than 60 mph; hail up to quarter size; and the possibility of isolated tornadoes.

Weather forecasting often feels like a toss-up, and we’ve seen plenty of storms fizzle out, but it’s probably smart to be safe Friday night and keep an eye on the skies.