Yelpers vouched for the Vietnamese gem in South Philly, the Rittenhouse bakery and the Old City cafe 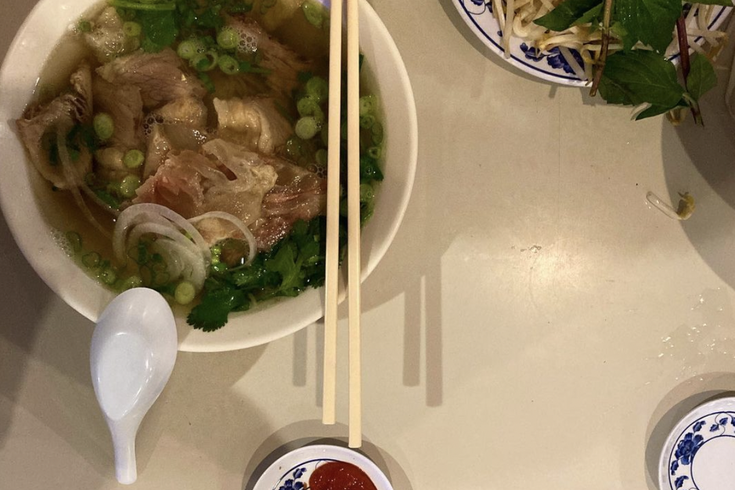 Pho 75 has been a Philadelphia staple on Washington Avenue for more than 25 years. The Vietnamese restaurant is one of three Philly businesses that landed on Yelp's best restaurants list for 2022.

There's a certain democratic charm to "best restaurants" lists that are compiled based on the experiences of diners, as opposed to those made by professional food critics who tend to emphasize newer and fancier establishments when doling out their recommendations.

Some of Philadelphia's best restaurants go relatively unsung by the press, yet thrive year after year based on word of mouth and a stellar reputation.

Yelp released its 2022 list of the top 100 restaurants in the United States this week, with three Philly businesses and one in King of Prussia earning spots this year.

To create its annual lists, Yelp reaches out to its users to get top recommendations from across the country. These businesses are then ranked by total number of submissions, ratings, reviews and geographic representation, among other factors.

Here's how Philadelphia fared in Yelp's rankings this year.

The highest-ranked Philadelphia eatery to make the list is The Bakeshop on 20th, the homestyle American bakery and luncheonette that opened in Rittenhouse in 2014. The small batch bakery is known for its sticky buns, scones, croissants, brownies and cookies that rely on family recipes to recreate the tastes from your childhood. They also serve soup all day and have a selection of delicious breakfast sandwiches, in addition to gluten free and vegan treats.

A post shared by The Bakeshop On 20th (@bakeshopon_20th)

Pho 75 is a Philadelphia institution, going strong since 1996 in a South Philly strip mall known for its Vietnamese restaurants and markets. It's the place you take your friends from out of town, or a guaranteed way to entice the hermit friend you haven't seen in ages to come out with you for a meal.

The restaurant calls its pho the "hangover cure from heaven," and that statement is certified by the late, great Anthony Bourdain.

With its spacious dining room, vast menu and massive bowls of pho, this place is a no-brainer to land high on a list of Yelper-ranked restaurants. Just don't assume you can waltz in there with a party of six on a Saturday night without expecting to wait. You're going to want to make a reservation, or otherwise plan for a quiet afternoon when your soul needs nourishment.

There are places to get good coffee in Old City — and then there's Frieda, the cafe launched in 2015 by Philly transplants Thomas Steinborn and David Wong.

The restaurant's European-inspired seasonal menu draws on Wong's training background from Le Cordon Bleu and Ecole Gregoire Ferrandi, along with several years in New York City's high-end scene. Steinborn envisioned Frieda, named after his grandmother, as an intergenerational community space situated in the heart of Philadelphia's historic district. It's known for its art installations, exhibitions and socially conscious promotions to go along with otherworldly baked goods, including croissants and quiches.

The last Philly area restaurant to make Yelp's top 100 is Kooma, the upscale Asian fusion restaurant that recently opened its second location at the King of Prussia Mall. The original Kooma is in West Chester. The sushi and cocktail bar is known for its sushi rolls, sashimi, Korean specialities, and noodle dishes, along with great apps like the short rib barbecue wraps and grilled octopus that hit the spot after a long day of mall hiking.

Travelers who plan to hit the road in 2022 would do well to take a look at Yelp's top 100 to see whether any of their destinations have a special place to add to their itinerary.