Di Bruno Bros.-inspired, self-proclaimed 'Cheese Queen,' this original Wisconsinite is stepping out of the dairy section and into the world of classic cocktails 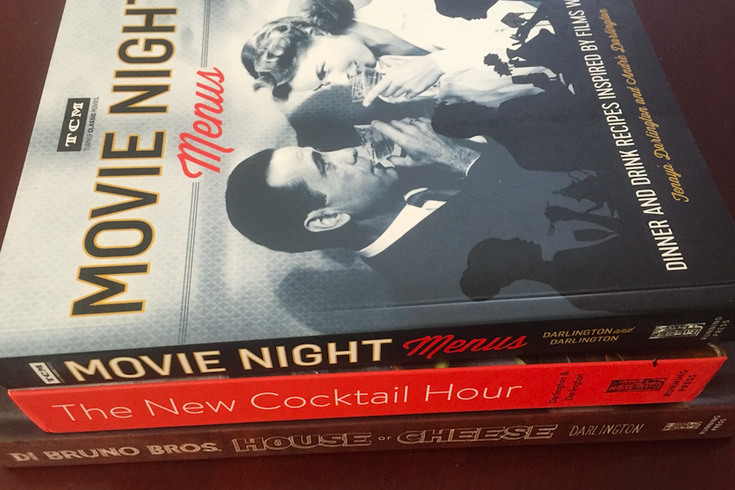 Tenaya Darlington didn’t set out to become Philadelphia’s undisputed queen of cheese, but when the homesick Wisconsinite caught her first whiff off of the epic cheese counter at Di Bruno Bros., she wanted to milk her love of pressed curds for all it was worth.

“I wandered into Di Bruno. Bros. I saw the selection of like 250-some cheeses, and I just went bananas. I decided I want to eat my way through the entire store,” said Darlington. 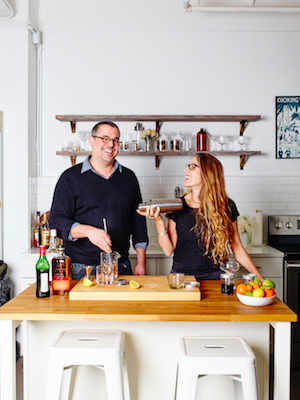 Darlington, a former journalist from America’s Dairyland, holds an M.F.A. from Indiana University and currently heads the writing program at St. Joseph's University in Philadelphia. She created the character Madame Fromage as a way to break the mold, connect with other cheese lovers, and develop a cheesier vocabulary.

“Not only do I love writing about character, dialogue, and setting, but I also like writing about things like flavor and finding personalities in cheese,” said Darlington.

It didn’t take long for Darlington to develop a loyal following of salivating turophiles. She credits the cheesemongers at Di Bruno Bros. with helping her expand her knowledge base, complimenting the well-trained staff for always being there to answer questions and provide guidance.

“They were pulling books off shelves. They were giving me DVDs. They were like, ‘have you heard of the Cheese Nun? She lives in Connecticut. You should watch her movie.’ They really fueled my obsession,” said Darlington.

When a publisher asked the Cheese Lady to develop a book, Darlington knew she wanted to partner with her collaborators at Di Bruno Bros.

“And they would just start naming off great pairings, flavor notes, bottles of wine they remembered having with that cheese –details about the makers because they really know their products intimately.”

Darlington said her book, Di Bruno Bros. House of Cheese: A Guide to Wedges, Recipes, and Pairings, changed her life. The book led to opportunities teaching cheese workshops, designing cheese boards for swanky affairs, and traveling the globe to visit some of the most revered cheese producers in the world.

RELATED LINKS: Bad For You - T-Swirl Crêpe’s Okinawa Hot Dog and Matcha Chocolate Truffle Crêpes | Get an education in moonshine at Old City event | WATCH: Woman stops at all 54 Philly libraries in a single day

After writing about 170 different types of cheeses and testing 70 different recipes from the Di Bruno Bros. archives, Darlington became interested in wine and spirits.

“Once you have cheese, you want to pair things with it,” she said.

Darlington contacted her brother, André, in Wisconsin.  She suggested they develop a list of pairings because he had written about alcohol professionally for various newspapers and magazines.

The Darlingtons had so much fun with their experiment, they decided to write a book together. The result was The New Cocktail Hour, a definitive booze book loaded with more than 200 classic and modern drink recipes. Darlington said the pair tested around 500 drink recipes spanning the history of cocktails before narrowing down their favorite ones for the book.

The sister and brother writing team enjoyed working together so much, they decided to continue their collaboration. 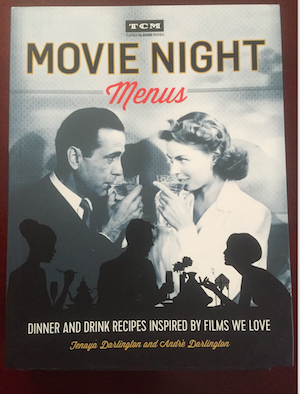 Their most recent book, Turner Classic Movies: Movie Night Menus: Dinner and Drink Recipes Inspired by the Films We Love, is a cookbook containing drink and food recipes that are featured in – or inspired by – iconic Hollywood films from the 1930s through 1980s.

“We chose 30 movies. Each one has a cocktail in it, or inspired by it, and we developed a menu, so a meal inspired often by meals that you see on screen so people can make it at home,” said Darlington.

If you’re wondering if Darlington eats her cheesesteak with Wiz or American, the answer is neither. Under “The Philadelphia Story” entry in her “TCM Movie Night” book, she shares a recipe for a cheesesteak topped with a Californian truffle Brie.

Tonight at 9:15 p.m., you can catch Tenaya and her brother live Tweeting from the Turner Classic Movies account: @TCM.  The pair will be hosting a virtual cocktail party as part of the “Movie Night Menu” book launch. The network plans to air the 1934 comic mystery, “The Thin Man,” starring Myrna Loy, William Powell and plenty of dry martinis.

Currently, the Darlingtons are working on their next project together: a book exploring the worlds of booze and classic vinyl.