The redeveloped space has 30 artisanal vendors 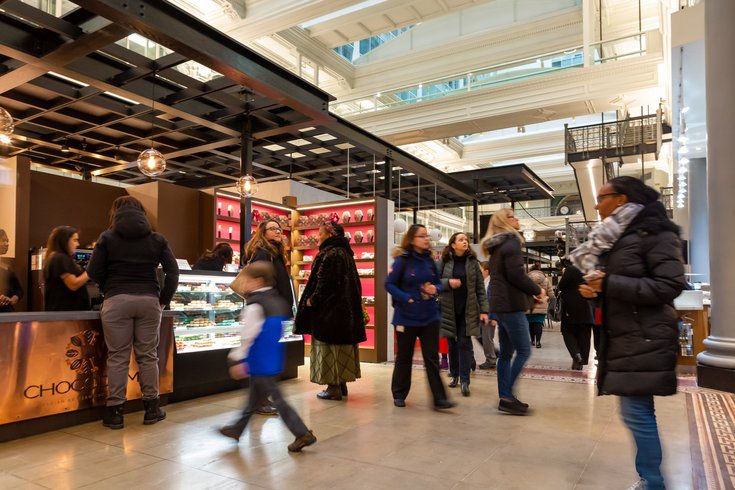 Visitors at the grand opening of The Bourse explore the many different vendors within the food hall.

After months of anticipation and hard work, just about all of the 30 vendors at the newly-redeveloped Bourse food hall celebrated the grand opening of the historic space on Thursday.

Many vendors have been up and running for weeks (check out this gallery that was put together just two weeks ago).

The food hall, which resembles New York's iconic Chelsea Market, has brought new life to the building originally constructed in 1895.

“With this 40 million dollar transformation, The Bourse promises an experience befitting Philadelphia’s current and centuries-old reputation as a gleaming city of makers, bringing together 30 artisanal vendors that will excite locals and visitors alike,” said Charley McGrath, MRP Realty Managing Director.

Here are some images from the grand opening celebrations. 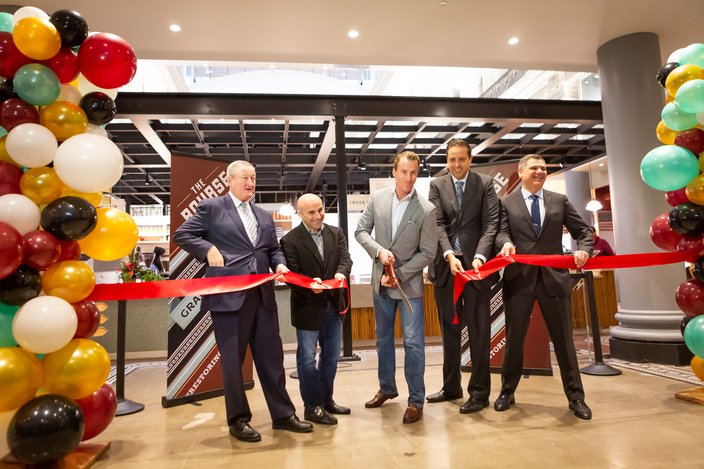 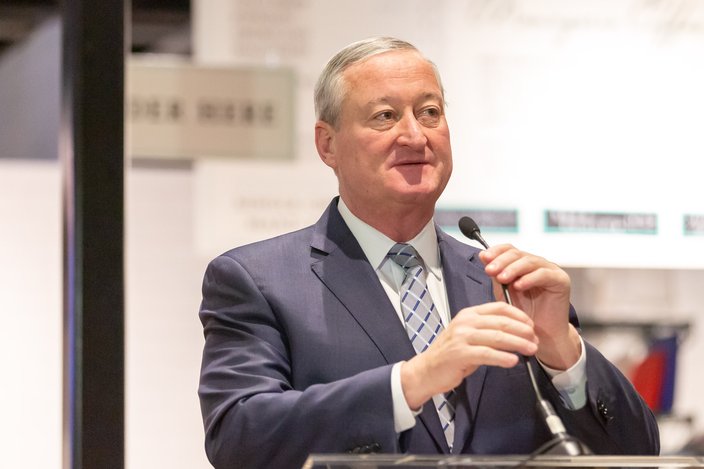 Philadelphia Mayor Jim Kenney spoke at the grand opening praising the redevelopment of the space that was known in the past for selling “souvenirs and 'Rocky' t-shirts.” 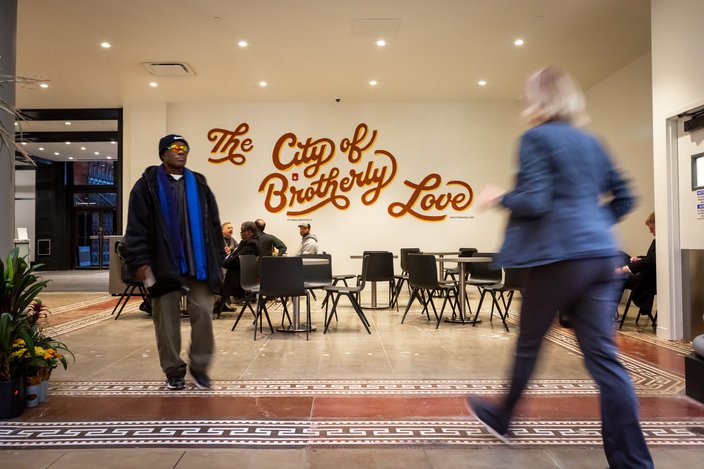 Custom lettering at The Bourse food hall was created by the Baltimore-based Ecker Design Company. 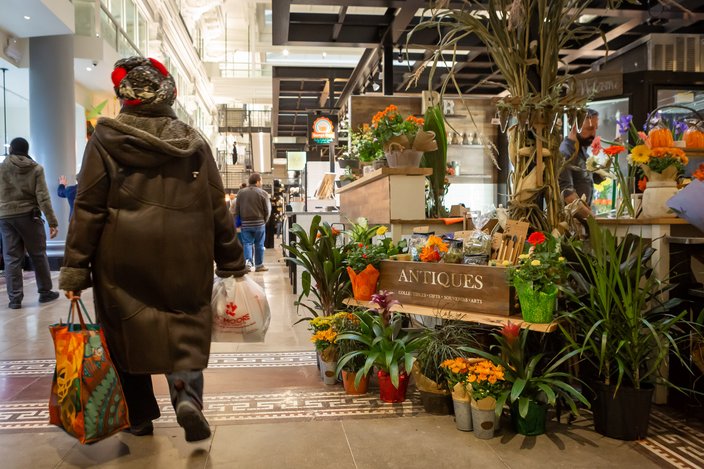 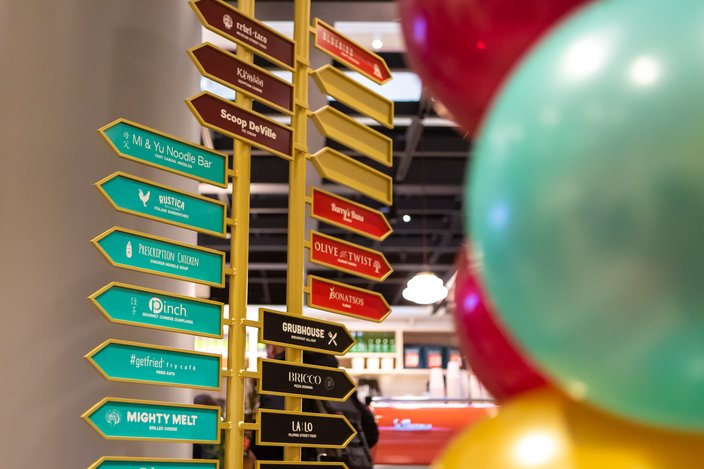 Signs indicating the direction to the dozens of vendors are located at the east and west entrances of The Bourse.