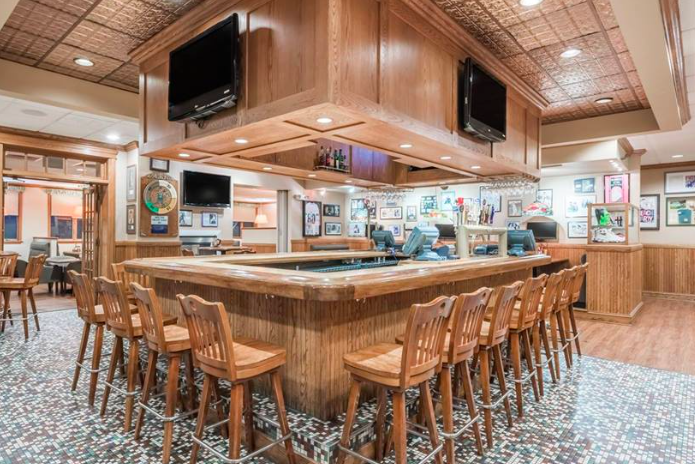 The State College hotel bar where a gunman shot three people before escaping and taking his own life elsewhere on Thursday night will be closed for the "foreseeable future" amid an ongoing investigation, the owners said in a statement.

Two men were killed and another remains hospitalized after 21-year-old Jordan Witmer entered the Ramada Inn around 10:30 p.m. at the P.J. Harrington's Bar & Grill.

In a statement on Facebook, P.J. Harrington's staff offered their condolences and said they are cooperating fully with police in their investigation. The restaurant will remain closed until next week at least.

After the shooting, authorities said Witmer drove away and broke into a nearby home, where he fatally shot another man, identified as 83-year-old George McCormick, before turning the gun on himself.

Police identified the fatal victim at the bar as 62-year-old Dean Beachy of Millersburg, Ohio. On Friday afternoon, police said Beachy's son, Steven, died of his injuries as well.

The other shooting victim, identified as Witmer's ex-girlfriend, was hospitalized in critical condition..

Some students at nearby Penn State University, alarmed by the news of the rampage, were critical of the school's decision not to send an alert at the time of the shooting. A tweet from the university's official account first acknowledged the incident two hours later.

We understand that the tragic events that occurred last night may have instilled fear and concern in members of the campus community. We are deeply saddened by the senseless acts of violence that have occurred and our thoughts are with the victims and their families.

University police, working with State College police, were monitoring the rapidly unfolding off-campus incident. After careful consideration based on the circumstances known to law enforcement at the time, location of the incidents, and the lack of an imminent threat to Penn State students or the campus, it was decided that an alert would not be sent.

The decision to send an action alert is made on a case-by-case basis for each situation, and is based on information available to Penn State Police at the time of the event. We always review our responses to these incidents and will adjust our processes as needed.