Playoff, Super Bowl and award predictions for the 2022 NFL season 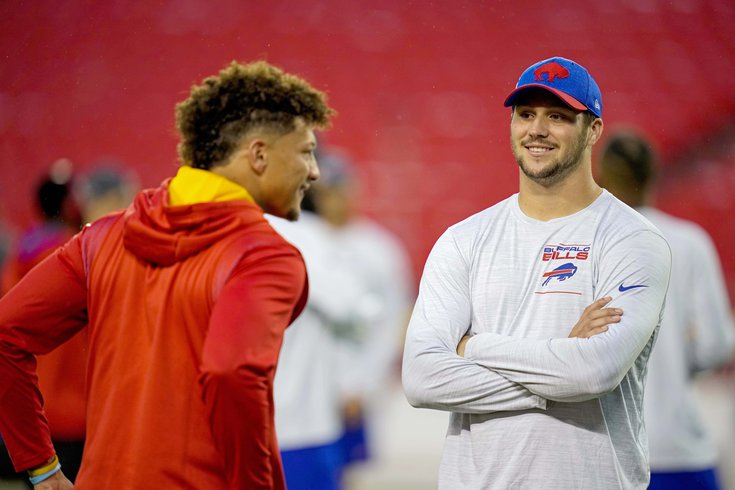 Patrick Mahomes vs. Josh Allen feels like the next great NFL quarterback rivalry.

What proprietary information could our sports staff possibly have when it comes to predicting the 2022 NFL season? Absolutely none. But it's fun to make them with absolutely no consequences for being totally wrong.

And so, without further ado, here's what the PhillyVoice sports staff thinks the NFL landscape will look like come February:

• Before we jump to our award picks, it's interesting to see how much differentiation there is in the votes from our staff. Eight different teams got votes for AFC Wild Card and 12 of the conference's 16 teams got a vote to be in the playoffs. This in contrast to the NFC which is the worse division and had nine teams receive votes.

• Four different quarterbacks got MVP votes. Five different skill players got votes for offensive player of the year. The award races are wide open this year and the league is bursting with talent.