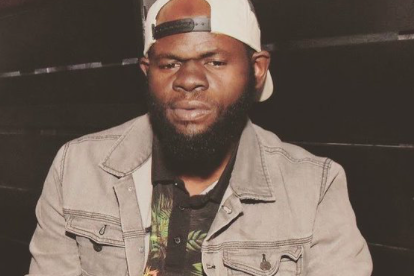 Quadir Flippen, a 31-year-old chef at Blackseed Cafe in South Philadelphia, was fatally shot in Point Breeze on Feb. 6, 2020. Philadelphia police are investigating the shooting.

A 31-year-old chef at a South Philadelphia restaurant has been identified as the victim in a shooting that occurred early Thursday morning in Point Breeze, police said.

Quadir Flippen was sitting in his car around 6 a.m. when he was struck by gunfire near the intersection of 24th and Federal streets. No weapons were recovered and no arrests have been made.

Residents in the area described hearing gunfire and then a crash. Photos taken from the scene showed the black Honda that was struck in the shooting.

NOW: 🚨
Crime scene unit at 24th & Federal. @PhillyPolice say someone shot a man who was in that black Honda.

People woke up to several gunshots, heard tires squealing and then a crash. No arrests & no weapon recovered.@6abc pic.twitter.com/yqPKtLC29m

Someone saw something or knows something. Help us seek justice for Quadir Flippen by contacting @PhillyPolice 215-686-8477 (TIPS). You may remain anonymous. https://t.co/lMOFME62fO

Flippen served as executive chef at Blackseed Cafe, which opened last year at 2400 Federal Street. He was an entrepreneur who started his own catering business and participated in city events, sharing his wisdom to inspire aspiring black business owners.

"Quadir Flippen was a pillar of strength and inspiration for his community," the Mayor's Office of Black Male Engagement said in a statement. "Tragically, his death is the latest example of the senseless violence that claims the lives of far too many black men and boys in our city. Quadir's life was cut short – robbing him of a future, his family and friends of decades of memories yet to be made, and our community of a true role model. "

An investigation into Flippen's death remains ongoing. Anyone with information is asked to contact Philadelphia Police at 215-686-TIPS.