'Our bear has a sweet tooth,' Valley Township police say 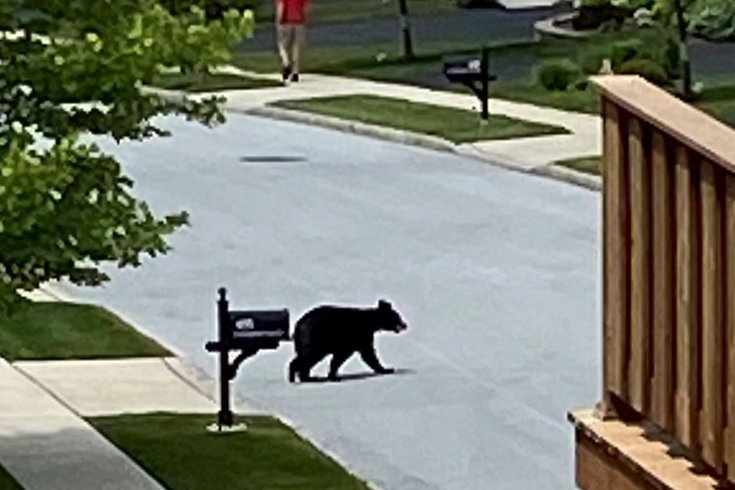 The Pennsylvania Game Commission lured a bear into a trap Monday morning using doughnuts from a local Dunkin' Donuts.

The 5-foot-tall, 250-pound animal had been leaving a "destructive path" in Valley Township near Coatesville for about a week, according to township police. There were reports of broken bird feeders as the bear traveled through the area.

The Pennsylvania Game Commission sought to capture the bear and relocate the animal in a northern, more remote area of the state.

"Please don't pet, feed, poke, or try to catch the bear," Valley Township Police wrote last week in a Facebook post that included an image of the bear walking through a neighborhood. "It's just trying to get home, so please leave it be."

Wildlife officials then set up a delicious trap Thursday, placing doughnuts inside a cage.

Officials did not specify the flavor of doughnuts used to trap the bear. But Police Chief Brian Newhall told McClatchy News that wildlife officials bought whatever was left at closing time.

"As cops, we stay away from the powdered ones, because they make a mess," Newhall said.

The bear walked into the trap around 9:45 p.m. Monday, police said. It eventually was released up north in a safe environment.

"The bear was not harmed and no humans were injured, but the donuts didn't make it," police posted to Facebook.

Only the black bear species is found in Pennsylvania. As of 2015, there were approximately 20,000 living in the state.