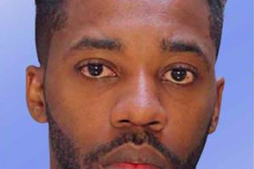 Brandon Meade, 29, is charged with murder in the fatal shooting of his girlfriend, 21-year-old Temple University student Agatha Hall.

Philadelphia police say the death of 21-year-old Temple University student Agatha Hall could not possibly have resulted from a self-inflicted gunshot wound, reversing an initial suicide report after Hall was found dead on the morning of August 31.

After conducting a post-mortem examination on September 10, officials determined the cause of Hall's death to be a penetrating gunshot wound to the top of the left side of her forehead.

Hall was found dead inside a first-floor apartment on the 2300 block of North Park Avenue. A 9 mm handgun wedged underneath her body led investigators to believe she took her own life, but the location of the wound and additional tests confirmed that she could not have shot herself, police said.

Following the discovery, police arrested Hall's boyfriend, 29-year-old Brandon Meade, and charged him with murder. Police say that an argument was behind the shooting.

Meade is being held without bail.