Despite feeling that vaccine will return life to normal, many people uncomfortable with immunization 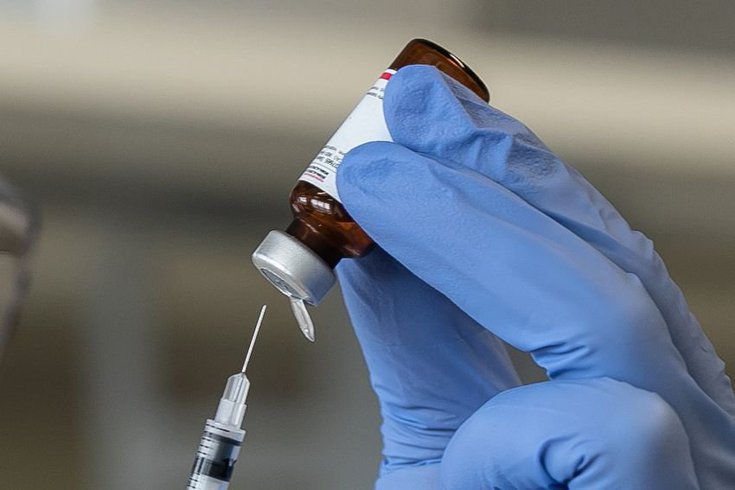 Many New Jersey residents say they won't get a COVID-19 vaccine because they have fears about its side effect, don't understand how it works, or are worried about its potential costs.

After Pfizer and Moderna announced promising early results from each of their COVID-19 vaccine trials, health experts suggest most Americans could have access to a vaccine by early next spring.

Despite the hope that a vaccine will be a silver bullet that will return life to normal, many people say they do not feel comfortable getting the immunization, according to a poll released Tuesday from Rutgers-Eagleton.

Results showed that 40% of New Jerseyans say they won't get the COVID-19 vaccine when it becomes available. Anxieties about side effects, not knowing how the vaccine works and the potential cost of the vaccine were among the top concerns of those polled.

Among the respondents who say they wouldn't get vaccinated, around 25% said they do not feel they need it. Another 15-20% of respondents said they were worried about the potential cost.

"With the recent positive news from Pfizer and Moderna, it is likely that public opinion on immunization will continue to shift and evolve," said Ashley Koning, assistant research professor and director of the Eagleton Center for Public Interest Polling at Rutgers University–New Brunswick. "But right now, a large portion of New Jerseyans are still wary, which makes any future messaging encouraging vaccination that much more important."

"We know that how something is worded or framed makes a difference in how people respond," Koning said. "The more the vaccine is described with some sense of certainty, the more agreeable residents are to getting it."

Whether a vaccine becomes available, 42% of New Jerseyans said they felt things would not return to normal until 6 months to a year from now. Another 30% said they think it will take longer than that.

Before the 2020 election, those polled were asked to grade how President Donald Trump was handling the pandemic. The majority of Democrats gave Trump an 'F' rating, while 49% of Republicans gave him an 'A' rating and 31% gave him a 'B' rating.

"Despite this decrease, Murphy’s current favorability rating is still one of the all-time highest for a governor in New Jersey, next to Governors Kean, Whitman, McGreevy, and Christie, who have all passed the 50% mark," Koning said. "But it seems the governor’s rally ‘round the flag moment from last spring is dissipating as the pandemic continues on and as decisions regarding public health and the economy grow tougher."

Over half of New Jerseyans said they know someone who tested positive for COVID-19 and 71% say they are worried that they or someone they live with will get sick.

The Eagleton Center for Public Interest Polling was established in 1971 and is one of the oldest university-based state survey research centers in the United States.